Exploding fireworks mark Independence Day celebration in Jacinto City and Galena Park. Jacinto City and Galena Park had thousands of celebrant’s turnout to see their fireworks celebrating Independence Day. For 50 years the two cities have used giant exploding bursts of fireworks to celebrate the 4th of July. Both cities share the cost of the display that uses the vacant acreage between the cities to shoot off the fireworks.

END_OF_DOCUMENT_TOKEN_TO_BE_REPLACED 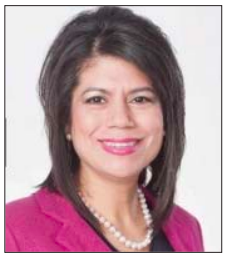 The 86th Session of the Texas Legislature concluded last month and I am happy to report that I had a very productive first session in the senate.

I want to share some of the bills that I passed this session including Harvey recovery, health related issues, workforce expansion and appropriations in response to the ITC incident. I passed a total of 32 bills, 29 of which were signed into law by Governor Abbott and will take effect on September 1, 2019.

END_OF_DOCUMENT_TOKEN_TO_BE_REPLACED

EAST HARRIS COUNTY – For the third time in the last two months, a vehicle has plunged over the side of a highway bridge, and the occupant was killed.

The most recent event occurred Wednesday, July 3 on the I-610 East Loop bridge over the Houston Ship Channel. Authorities reported that an 18-wheeler swerved to miss a car that had cut in front of him, and crashed through the railing and fell 150 to land on the buildings below. Emergency responders attempted to remove the driver from the wreckage, but he was pinned upside down and died at the scene. The driver of the truck was not immediately identified. His rig landed on top of some industrial buildings of Huntsman Chemical Company. They said that no plant employees were injured, but that operations were stopped due to a sanitary sewer line that was severed and leaking. Some traffic lanes on the bridge were closed, as TxDOT studied how to repair the railing.

This fatal accident followed by only a week a similar accident on the I-10 bridge over the San Jacinto River, when an 18-wheeler struck a stopped car and then plummeted over the rail and into the river.

END_OF_DOCUMENT_TOKEN_TO_BE_REPLACED

He also asked the public for their input on what they want in the park for the use of families and folks with limited mobility whether they are elderly, handicapped, or otherwise restricted. He emphasized that the park would be for all ages. He noted that in Harris County, there are at least 500,000 persons with limited mobility or a handicap that could be served by this park.

Garcia noted that the new park could revitalize the East Aldine area, and add value to the surrounding community. He has budgeted $4 million dollars for the park development, but hopes with matching grants and other sources to expand the work to as much as $8 million.

END_OF_DOCUMENT_TOKEN_TO_BE_REPLACED

Jamail said he was first informed by Angelia Lillie, a church member at the Fifth Ward Church of Christ where they both attend, that her 80 year-old mother obtained her college degree.

“At 75 years old I I knew this was a quite an achievement and wanted others to learn and be encourage by Beatrice’s accomplishment,” Jamail said. “I had never met Beatrice so I invited her to lunch at Luby’s Cafeteria, where I gave her a red bouquet to congratulate her. She told me I could call her Ms. Bea as her friends do.

Ms. Bea said she graduated from Jack Yates High School in the 50’s, married, and had 6 children. She never had the chance to go college until recently; her children grown and on their own now afforded her the opportunity to go to college and get a degree.

As we sat there over her favorite lunch (chicken fried chicken, mashed potatoes with gravy on the side, green beans, jalapeño cornbread and cherry cheesecake) I learned Ms. Bea had numerous life successes. She was a secretary in the Harris County’s Probation Department; she owned her own phone answering company until voicemail and cell phones came about; and she graduated with honors as Miss Franklin at the Franklin Beauty School as a Cosmetologist in the early seventies.