Sen. Alvarado’s State of the District

Houston Texas, Saturday, September 21, 2019 — In the morning at the Houston Community College Eastside, and then again in the afternoon at the Leonel Castillo Community Center, Senator Carol Alvarado gave her first State Of the District Legislative Report. Over 90 percent of her Bills have been signed into law.

Senator Alvarado of the 6th Senate District welcomed the guests with her first legislative session results since being elected to the Texas Senate on December 11, 2018 in a Special Election. Alvarado’s guests were visibly happy and impressed when she said she was happy to report that the Governor signed into law 29 of 32 bills she authored and/or sponsored. Alvarado gave a short but detailed briefing on how the laws will affect Texans.

She was successful with bills affecting a host of issues, including but not limited to: the economy, education, environment, women’s and men’s health, mental health, property tax reform, law enforcement, incarceration, flood damage, human trafficking, Houston Ship Channel and more.

END_OF_DOCUMENT_TOKEN_TO_BE_REPLACED

The storm came ashore near Freeport on Tuesday evening, and by Thursday had dropped massive amounts of water on Harris County and counties to the north and east of Houston, all the way to Beaumont.

The storm took five lives, three in Beaumont and two in Harris County. Authorities said a man drove into high water on Will Clayton Parkway in Humble, and another body of Rene Salas, 52, was found in a ditch near W. Mt. Houston.

Houston recorded as much as 10” of rain in a 24 hour period, and a total of about 20” in three days. Northeast Harris County, including Crosby and Huffman, recorded about 30” in that period, and a record was set in Winnie, in Chambers County, of 43” total for a storm.

Many of the same houses and neighborhoods that were under water two years ago after Hurricane Harvey suffered the same damage this time.

END_OF_DOCUMENT_TOKEN_TO_BE_REPLACED

Tropical Storm Imelda brought widespread flooding to many areas to the north and east in Harris County, and bayous and rivers rose rapidly.

In the San Jacinto River, nine barges loaded with petroleum products broke loose from their moorings near the Waste Pits Thursday morning about midnight, and traveled downstream with two of the barges striking support columns of the I-10 bridge over the river.

The extensive structural damage caused TxDOT to close the bridge to all vehicular traffic in both directions, and announced that they would remain closed until the waters receded and the supports could be examined.

With very few alternative east/west routes, a tremendous traffic jam occurred on the east side of the county, affecting thoroughfares and local roads.

END_OF_DOCUMENT_TOKEN_TO_BE_REPLACED

Representatives of the Federal Environmental Protection Agency (EPA) were in Highlands last Tuesday evening, to tell a large crowd what progress has been made on removing the Waste Pits from the Superfund site in the San Jacinto River.

A lengthy presentation by EPA Project Manager Gary Baumgarten was very technical in nature, covering testing, strategies for planning the removal of the toxins, and schedules for the work.

Baumgarten also covered the subject on everyone’s mind, the run-away barges in the rain swollen river, and the damage to the I-10 bridge. He covered the details of the incident, the damage to the site, and the fact that no pollution from the site or the barges has been detected. One barge was on top of the pits, though, and after it was removed Sunday more testing for damage must take place, he said.

With wry humor, he quipped that he had never worked on a site that had so many things happen to it, including floods, an 18 wheel crash, and barge strikes.

Baumgarten spoke about the schedule of work, noting that the Phase 2 Remedial Design had started on September 4th. The schedule now calls for final design to be completed by November 2020, and actual removal of the toxic wastes in the first quarter of 2021.

END_OF_DOCUMENT_TOKEN_TO_BE_REPLACED 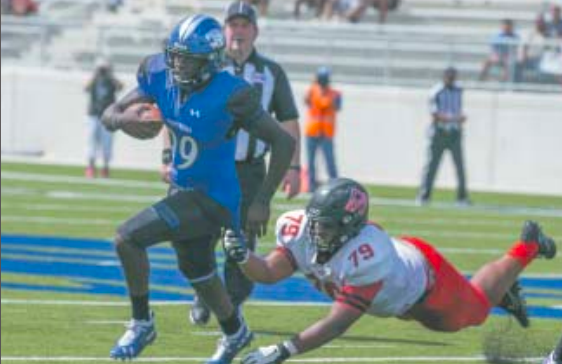