AREA FIGHTS AGAINST SPREAD OF VIRUS

UPDATED – March 18, 2020 – Health Officials confirmed the 57th case of coronavirus in the Harris County region.. Officials said that they recorded 10 cases in Houston, 23 cases in Harris County, 12 cases in Fort Bend County, 3 cases in Brazoria County, 4 in Galveston County, 7 in Montgomery County, and 3 in Matagorda County, where a 90 year old man died. There were 12 new cases reported in one day. (NOTE: This number will change as days go by.)

HOUSTON – With 57 coronavirus (COVID-19) cases reported in the Houston and Harris County areas, the city and the county are on high alert. Most of the cases can be traced to either a vacation cruise on the Nile River in Egypt, or attendance at the Houston Rodeo cook-off. However, several cases have not been identified with these causes, and are being investigated.

Actions have been taken to prevent the virus spread, such as closures of the Rodeo, schools and colleges, athletic events, and entertainment. This week the closure of all restaurants and bars was added and groups were limited to less than 50 persons. The scope of closures is unprecedented in modern times.

In East Harris County, school districts were closed, and hot meals were being distributed at various schools. Colleges and many public facilities, parks and libraries, were also closed.

A call center has been opened to answer questions from the public. Houstonians can call the center at 832-393-4220 to speak to Health department staff and obtain information about the disease or get their questions answered.

Federal action is expected later this week, with test centers and financial relief for those unable to work. The government has been criticized for a slow, late response to what the World Health Organization now calls a Pandemic.

END_OF_DOCUMENT_TOKEN_TO_BE_REPLACED 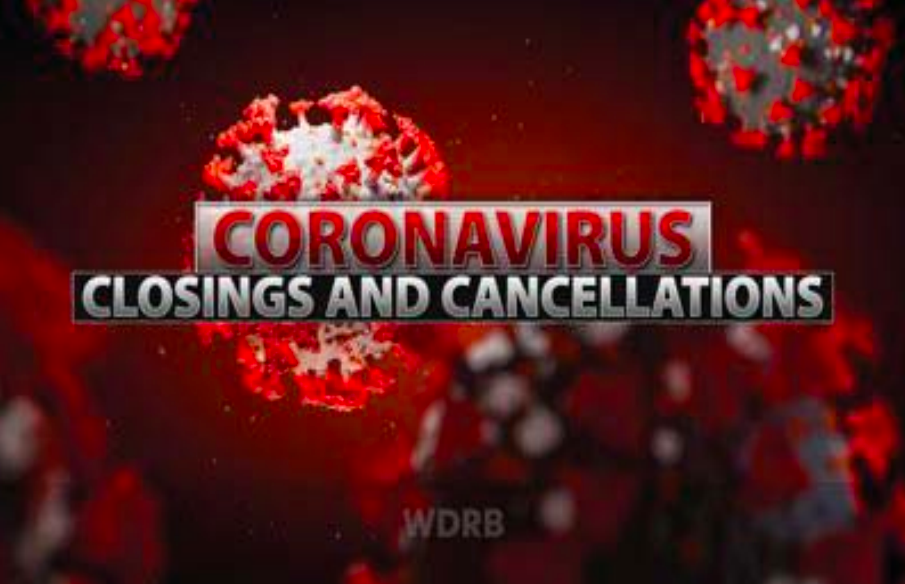 Note: this list is changing daily, check with your event prior to attendance.

The containment of the Coronavirus has caused the following cancellations or postponements: Harris County and the City of Houston had adopted States of Emergency for one week, that have been extended to the end of March with the probability of longer.

The following School Districts have cancelled classes thru April 10: Aldine, Channelview, Crosby, Dayton, Deer Park, Galena Park, Goose Creek, Houston ISD, Huffman. Sheldon said they cancelled classes through March 20, subject to review. Free meals will be served by most districts on the days off. Many daycare facilities are staying open, with limited access.

Houston ISD, cancelled all classes and events until April 10th.

The Texas Education Agency and Governor Abbott have suspended the STAAR tests for this school year.

Crosby Fair & Rodeo has cancelled the Rockin C RoundUp and the BBQ and Steak Cook-off.

Any public event with over 250 attendees.

END_OF_DOCUMENT_TOKEN_TO_BE_REPLACED

North Shore’s favorite son, and retired Judge, was honored in January at the Texas USSSA Hall of Fame Banquet and Induction Ceremonies held at the Dallas Marriott South Hotel.

Mike Parrott was recognized as being in the Top 100 Greatest Softball players nationally by the USSSA softball association. His career in adult amateur softball competition spans from 1975 to 1983, and then two returns from retirement in 1987 and 1990.

Parrott’s awards are many, including in 1980 leading the nation in home runs, with 323. In his career he garnered 61 awards for his home run prowess and in tournament play.

Parrott attended Galena Park High School, and was an outstanding athlete in Football, Basketball, and Baseball. He also was a University of Houston graduate, where he played football. But he only played Softball after a friend asked him to fill in at a game, in 1975. As he told it, “I could play baseball so I thought I could also play softball, even though I never had.”

His abilities with a home run earned him honors in at least 8 All-Star teams over the years. He still holds the record in the Coca Cola Classic, played in Georgia, with 25 home runs in one weekend.

END_OF_DOCUMENT_TOKEN_TO_BE_REPLACED

Community members opposed construction of The Hollows Apartments in Channelview

During December research of The Hollows found this $37,811,161 182 unit subsidized housing apartment complex was to be funded with $11,000,000 of Harris County Community Development Grant Disaster Recovery (CDBG) funds along with mortgage revenue bonds and 4% tax credits for the investors. Community members were opposed to this project and began preparing a petition in opposition to present to Pct. 2 Commissioner Garcia, Judge Hidalgo and the other Harris County Commissioners.

On or about December 4, 2019 community members learned the developer, LDG Development, was holding a public meeting at Harvey S. Brown Elementary on Wallisville Rd. on Saturday Dec. 21st to announce The Hollows Apartments to the community. Despite this meeting being held four days before Christmas several hundred community members attended the meeting and were very vociferous in their concerns related to and in opposition to the proposed project.

In response to the community concerns and opposition to the complex Horace Allison from Housing & Urban Development lectured community members informing them they should be better people, but the most telling statement came from the developer, Mr. Dru Childre of LDG Development, who informed the community members, “You need to understand this is not housing for hard working individuals like yourself.”

Mr. Childre’s statement was applauded by the community members and taken as confirmation this complex would be a burden upon the residents of Channelview.

END_OF_DOCUMENT_TOKEN_TO_BE_REPLACED 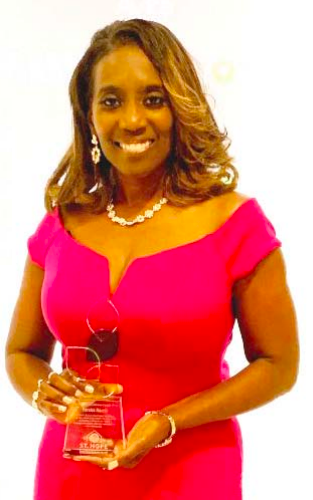 The award stated, “Presented to Yuorba Harris in honor of her exemplary efforts to advance community health leading to life impacting outcomes for many disproportionately affected members of our Community.”