Plan will cause Seven years of noise, dust, truck traffic

HIGHLANDS – The Environmental Protection Agency (EPA) has just released many volumes of reports from the GHD Consulting Engineering firm, detailing their ideas for how to remove the toxic wastes from the North and South Impoundments along the San Jacinto River, known as the Superfund Site.

The report is extremely long and detailed, consisting of 10 volumes of information for the Northern Impound Site, and Two volumes for the Southern Impound Site. In total, there are many thousands of pages with data, drawings, boring logs, and most important a Work Plan on how to remove the waste material, and how it will impact the environment around the communities of Highlands and Channelview.

The engineers have proposed excavation within “cells” on the Northern site, encompassed by sheet piling, and on the Southern site removal without the piling enclosures. The full extent of the work includes driving piles to form five cofferdams, dewatering the soil, excavating the material, and hauling it away to licensed landfills approximately 100 miles away. They envision one year of preparation, five years of excavation, and one year of clean-up and restoration, for a total of seven years of work.

END_OF_DOCUMENT_TOKEN_TO_BE_REPLACED

AUSTIN – Governor Greg Abbott announced that the grade promotion requirement related to the State of Texas Assessments of Academic Readiness (STAAR) test for students in grades 5 and 8 has been waived for the upcoming school year. Typically, school systems must take into account a student’s score on the STAAR test to determine whether the student can be promoted to the next grade level. The traditional A-F rating system will remain in place, albeit with certain adjustments due to COVID-19.

Typically, students enrolled in grades 5 and 8 are required to re-take a STAAR test late in the school year, and sometimes again in the summer, if they do not meet grade level when taken during the spring. With this waiver, there will only be one administration of the STAAR grades 5 and 8 mathematics and reading assessments for the 2020–21 school year. The test will be administered in May to coincide with the administration of other STAAR grades 3-8 assessments.

“As always, our goal is to provide a high quality education for every Texas student,” said Governor Abbott. “This will be a uniquely challenging school year, therefore, this year is about providing students every opportunity to overcome the disruptions caused by COVID-19. By waiving these promotion requirements, we are providing greater flexibility for students and teachers, while at the same time ensuring that Texas students continue to receive a great education — which we will continue to measure with high quality assessments.”

END_OF_DOCUMENT_TOKEN_TO_BE_REPLACED

It was January 24, 2018 at the Pleasant Hill Baptist Church in Houston’s Fifth Ward. As a photojournalist for the North Channel Star, I got to meet Congressman John Lewis of Georgia. I was there covering the Criminal Justice Forum (CJF) spearheaded by Congresswoman Sheila Jackson Lee.

The North Channel Star put on its front page my article and photos of Lewis and the CJF. You can still read the article by going to www.northchannelstar.com. (Search for “crime forum.”) Hundreds gathered at the church to hear Lewis’s speech. Here’s part of it:

“I’ve been arrested about 50 times for getting into good trouble.”

“Use what you have to help make our country and make our world a better place, where no one will be left out or left behind… It is your time.”

After the event I made it a point to meet Lewis. I wanted to have a few words with him. As we shook hands and exchanged a few words, I told him he delivered a good speech. And I told him how I respected and admired him for his achievements and his relentless effort to make improvements in civil rights, voting rights and criminal justice reforms. I told him how I hoped my article would help his efforts; he thanked me. Before parting, I then told him I’d be praying for him, and he thanked me again.

Congressman Lewis served Georgia’s 5th congressional district from 1987 until his death Friday, July 17, 2020, at age 80. Known as a civil rights icon, he was one of the giants in the historic struggle for equal rights in America.

His death came seven months after his public announcement in late December 2019 after a routine examination he had been diagnosed with advanced stage 4 pancreatic cancer. He said then, “I have never faced a fight quite like the one I have now.”

END_OF_DOCUMENT_TOKEN_TO_BE_REPLACED

The order follows the release of a provision from the Texas Education Agency (TEA) permitting schools to delay in-person instruction and a letter sent to local school districts from Harris County Judge Lina Hidalgo and Dr. Shah on July 20 strongly urging schools to delay in-person instruction given the ongoing public health crisis. Over the past several weeks, Harris County authorities have consulted with local school officials, parents, teachers, and other public health and safety experts on reopening plans and the most responsible path forward regarding school operations.

“In order for students to be able to learn and grow, they must also be healthy and safe,” said Harris County Judge Lina Hidalgo. “Right now, we continue to see a severe and uncontrolled spread of this virus and it would be self-defeating to reopen schools as usual for in-person instruction. We are all desperate to move on from this crisis and get life back to normal. September 8 is still likely too soon, but the truth is, the fastest way we can all work together to bring this virus under control, the sooner we will be in a position to reopen again for the long term.”

END_OF_DOCUMENT_TOKEN_TO_BE_REPLACED

Harris County’s elected Clerk Diane Trautman resigned May 31st due to her health concerns. Months before Trautman resigned, in January 2019 she appointed Hudspeth as her 2nd in command. Trautman in a telephone interview with North Channel Star writer Allan Jamail said she promoted Hudspeth because she was “exceptionally qualified to run the Clerk’s office in my absence should the need arise.”

Harris County is the third largest county in the nation; this gives Hudspeth the responsibility of administering all the duties of County Clerk’s office. Such as: supervising the Administrators of all departments and locations of Commissioners Court, Elections, County Civil Courts, Probate Courts, Personal Records, Real Property, Information/ Records Archives, and Annex Offices in operational planning, human resources, financial, advocacy, community relations and risk management.

Hudspeth a 15-year member of the Harris County Clerk’s Office, served under three Administrations, she has held a variety of positions that have provided the extensive knowledge necessary to serve the public well, including Administrative Aide of Public Affairs, Special Projects Coordinator, Voter Outreach Coordinator, Public Information Officer, and Administrator of Communications & Voter Outreach.

END_OF_DOCUMENT_TOKEN_TO_BE_REPLACED

Just Between Us: One Thing I Didn’t Expect About Motherhood 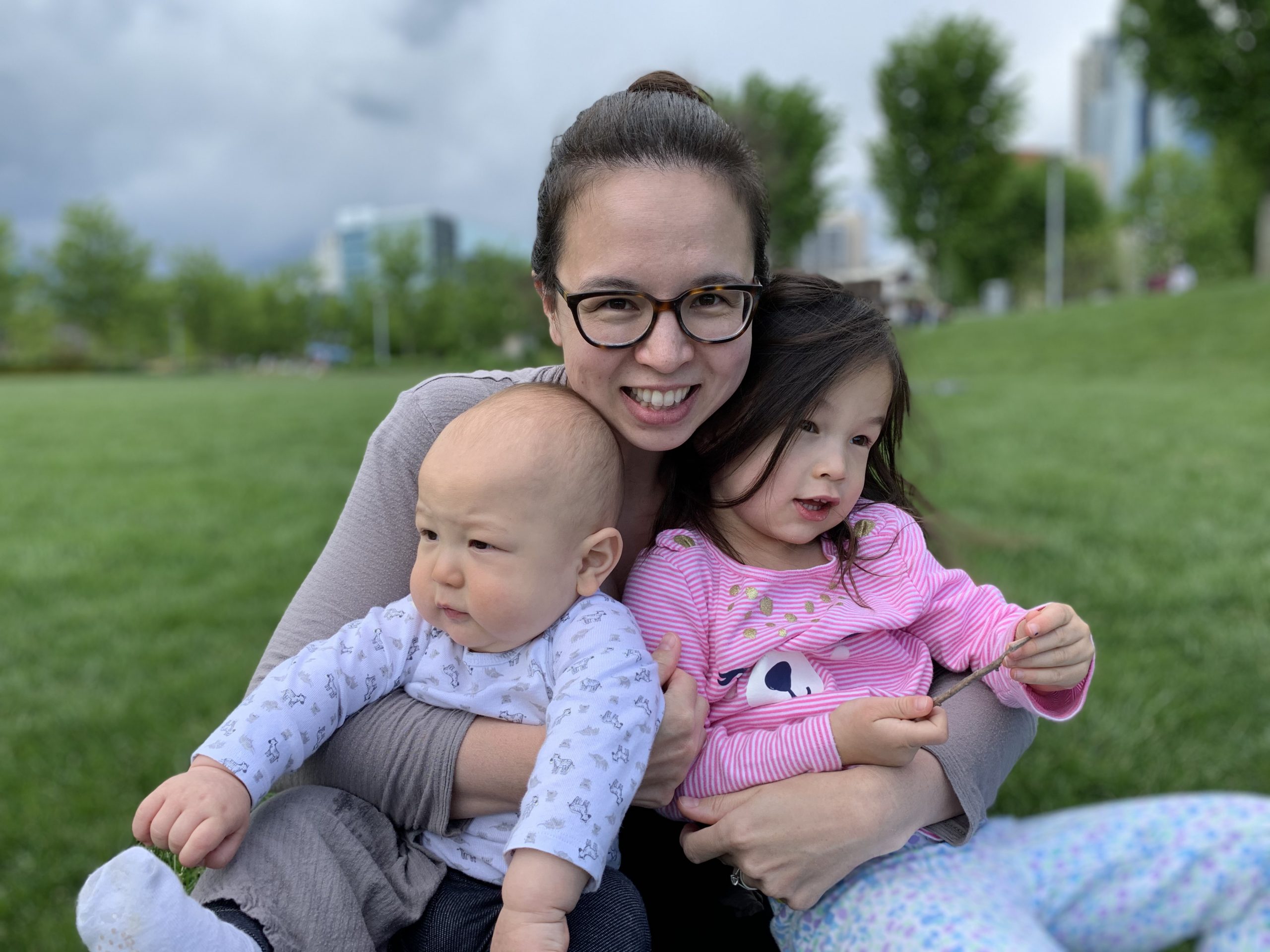 One Thing I Didn’t Expect About Motherhood: How much I would think about bodies. My body. My children’s bodies. The way they grow, stretch, scar and heal. Their softness and their strength. Through pregnancy, birth and recovery, I’ve become more forgiving toward my body, though it hasn’t always felt like mine. Its changes aren’t easy to accept, nor are the demands to share it so frequently. I marvel at my children, so awkward and elegant. Why are we drawn to embrace so often? Why does touch offer such comfort? I am not religious, but since becoming a mother, I have learned to worship. Our bodies are holy.

This piece was originally published in the New York Times in July 2020 as part of their “Modern Love: Tiny Love Stories” series. Reprinted with permission.