Friday, September 25, 2020 at the Galena Park ISD stadium, the 2019 defending 6A Region III District 21 state champion North Shore (NS) Mustangs (38) clashed with the 2019 defending state champion 5A Shadow Creek Sharks (21). Shadow Creek High School is located in Pearland, and in the Alvin school district. This year the Sharks moved up to 6A Region III District 23.

Due to the deadly Covid 19 virus and the need to social distance 6 feet apart, the game was played before a half capacity crowd. Spectators were required to wear face masks, which muffled their cheering; that took the crowd noise out of the game.

The officials of the two school districts decided not to allow cheerleaders and halftime bands to perform, so as to eliminate those students from passing the virus to one another. Many high schools have canceled their football season altogether due to the virus threat.

The U. S. Center for Disease Control and Prevention says COVID-19 can spread through the air. Texas is one of the leading states in the nation with contagious coronavirus cases.

In this most highly anticipated high school game of the season, the battle of champions was considered the nation’s high school highlight to kickoff the football season. It pitted the state’s number one rated Mustang quarterback, Demetrius Davis against the number two rated quarterback, Sharks’ Kyron Jones.

END_OF_DOCUMENT_TOKEN_TO_BE_REPLACED

NORTH SHORE HOUSTON – The Rotary Club of North Shore in association with the Galena Park Independent School district held a drive through backpack and school supply give away for children under 18 years of age on Saturday, September 26, 2020 at the North Shore Senior High School.

The event began at 9 am and over 1000 backpacks, filled with school supplies, were given out to families that drove through in their cars.

The chair for the event was Rotary Club member Dr. Donald Niño, and helping with the distribution were members of the club, the local Boy Scout Troop, and the Channelview High School Interact Club.

The event is sponsored by the Rotary club of North Shore, and a donation of $5000 from the Rotary Club of Torreon, Mexico. GPISD is partnering with the Rotary Clubs and donating the use of the facility and providing security and promoting the event. There will be 1000 backpacks with supplies to be given away and the event will continue while supplies last.

END_OF_DOCUMENT_TOKEN_TO_BE_REPLACED 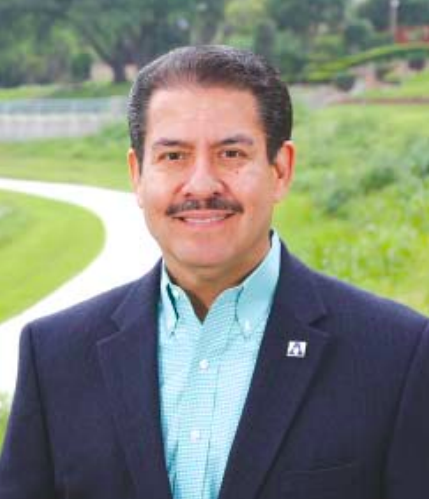 HARRIS COUNTY – Precinct 2 Commissioner Adrian Garcia proposed this week a motion to cut Harris County property tax rates. The motion was approved by Commissioners Court unanimously. The Garcia plan proposes a rate that will save taxpayers 1.3 cents per $100 of assessed value on their homes. The plan not only saves taxpayers money, it also still funds crucial priorities such as Flood Control and Harris Health.

“This will be our first consecutive tax reduction in at least ten years, and I’m proud to have proposed the motion to put us on a path toward a rate cut. As we all deal with a pandemic and economic crisis, my hope is that property tax relief will help our neighbors who are struggling. At the same time, essential county services must remain a priority — to both support the local economy, as well as to keep us prepared for any future challenges.

END_OF_DOCUMENT_TOKEN_TO_BE_REPLACED

The Ribbon Cutting Ceremony was hosted by the North Channel Area Chamber of Commerce.

Legacy Community Health (Legacy) is the largest federally qualified health center in Texas and a first-of-its-kind in our District with a clinic inside Green Valley Elementary School and North Shore Senior High School for students and their siblings to visit. Legacy is committed to providing access to affordable, high quality healthcare for children by providing a variety of pediatric and behavioral health services. The clinics have telemedicine options for students with special accommodations for in-person visits or on an as-needed basis.