In the Regional Final game with Katy the Mustang offense made 7 touchdowns (TD’s) rushing for 301 yards and passing for 302 yards. Touchdowns were made by: Quarterback Dematrius Davis (4), Shadrach Banks (2) and Charles King (1). Davis passed for 302 yards and 3 TD’s, completing 78 percent of his passes. Extra point kicks were made by Carlos Dominguez and Stephen Guzman.

END_OF_DOCUMENT_TOKEN_TO_BE_REPLACED

Currently the U.S. Department of Health & Human Services and the Center for Disease Control (CDC) has approved both the Pfizer (BioNTech) and Moderna vaccines to be used to prevent the deadly virus. These two vaccines have about a 95 percent effectiveness rate in clinical trials. You must receive two separate doses for it to be most effective against the virus.

NC Star writer and former Jacinto City Mayor Allan Jamail was given his first dose of the Pfizer vaccine and will receive his second dose three weeks later. He strongly encourages people to get vaccinated from the virus to keep them and their love ones safe.

END_OF_DOCUMENT_TOKEN_TO_BE_REPLACED

North Shore Rotarians gathered on Thursday, Dec. 17, at the Rotary Pavilion behind the Courthouse on Wallisville, to continue their annual distribution of food baskets to needy families in the North Shore area.

The Rotary Club has held this community event every Christmas Holiday for many years, according to club president Lowell Everitt. All 75 members of the club help in the effort.

END_OF_DOCUMENT_TOKEN_TO_BE_REPLACED 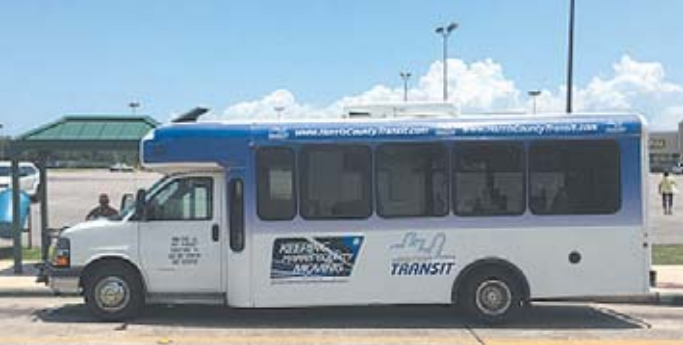 The passenger boarding count commenced with the start-up on July 28, 2008 through December 16, 2020. Service began with a two-route system in Baytown and has grown into a twelve-route system serving 185 route miles in east Harris County, with 3,685,428 total miles driven since 2008.

During the COVID-19 shut down, HCT has maintained the same level of service, and ridership has only decreased by seven percent.