NORTH CHANNEL – State Representative Ana Hernandez was the featured speaker at the September 2nd CIP (Community Industry Partnership) meeting, held by Zoom for about 35 participants. Hernandez spoke about work accomplished in the 87th legislative session, and the two specials sessions that Governor Abbott called after that. Hernandez was one of the 50 Democrats that left the Capitol to block legislation that they deemed restrictive to voting rights, but she and Representatives Walle and Coleman eventually returned, and others later, to allow the sessions to continue. As a results, SB1 (Voting rights) and SB8 (Abortion rights), were passed by a Republican majority over the Democrat’s objections.

Hernandez noted that the governor plans to call a 3rd Special Session, to proceed with redistricting and to finish voting on bills that did not pass in the previous sessions. She said that due to population growth, redistricting will results in at least 2 new congressional seats for Texas.

END_OF_DOCUMENT_TOKEN_TO_BE_REPLACED

Spring, Texas — September 10, 2021, Planet Ford Stadium — The GPISD North Shore Mustangs marked up a loss in a non-district game to the Spring Westfield Mustangs 27-21. Coach Jon Kay’s offense continues to sputter, and this time it led to their defeat.

Coach Kay has always strived for an aggressive offense and defense, but without costly penalties. So far, however, this squad in just 3 games has had 15 penalties costing 160 yards. Several of the offensive penalties led to creating too many yards to make up for the offense, forcing them to have to turn the ball over. The defensive penalties was just as costly, several giving their opponent extra offensive possessions.

END_OF_DOCUMENT_TOKEN_TO_BE_REPLACED

This is a major step towards physically addressing the contamination south of Interstate 10.

The order allows the clean-up to move into the Remedial Action phase of the superfund process, which begins with creating work plans, procuring materials, and securing contractors. These steps are anticipated to take place over the next year, setting the groundwork for construction to start in the fall of 2022. 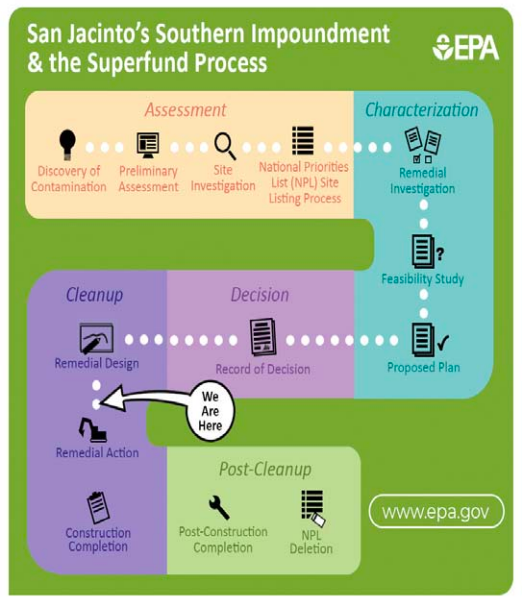 END_OF_DOCUMENT_TOKEN_TO_BE_REPLACED

The Buffaloes once again picked to win their district and to be in the State Championship title game. They showed why they should be.

Galena Park is showing they’ve made noticeable gains in offense and defense from last season, and will be a strong playoff contender with 7 games remaining.