NORTH CHANNEL – Residents of this community are highly alarmed at the number of robberies and shooting fatalities that have occurred within the last month, on a stretch of Uvalde that is only a few blocks long.

The death of a woman on Tuesday whose auto was carjacked by a robbery suspect, is only the latest in this string of bizarre and dangerous crimes. She was dragged to her death as the robber attempted to drive her car to escape.

A week ago, another woman, now identified as Martha Medina, was run over by a purse snatching robber at the McDonald’s only a few blocks from the current crime scene.

And a month before, again a few blocks along Uvalde from the other fatalities, a security guard argued with a Walgreen’s customer, and ended up shooting him to death.

END_OF_DOCUMENT_TOKEN_TO_BE_REPLACED

Galena Park (GP) is continuing to show noticeable gains in both offense and defense. The players are showing they have the discipline to be coached into another winning season and to reach the playoffs again.

END_OF_DOCUMENT_TOKEN_TO_BE_REPLACED

Head Coach Jon Kay’s Mustang’s offense has been sluggish except for their last two games, racking up 102 points together. They made 6 touchdowns (TDs) and a field goal. They made 25 first downs to the Bruins’ 13, while compiling 545 yards.

END_OF_DOCUMENT_TOKEN_TO_BE_REPLACED 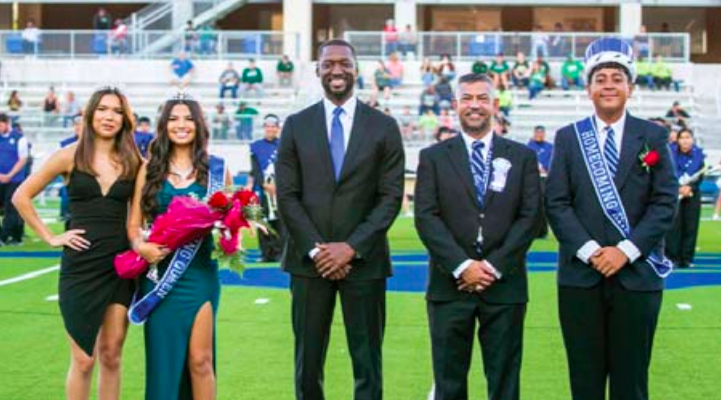 Homecoming festivities took place during a pregame ceremony on the field. Congratulations to the King High School Panthers for defeating the Huntsville Hornets 49-6 making their record for the season so far 4-0.