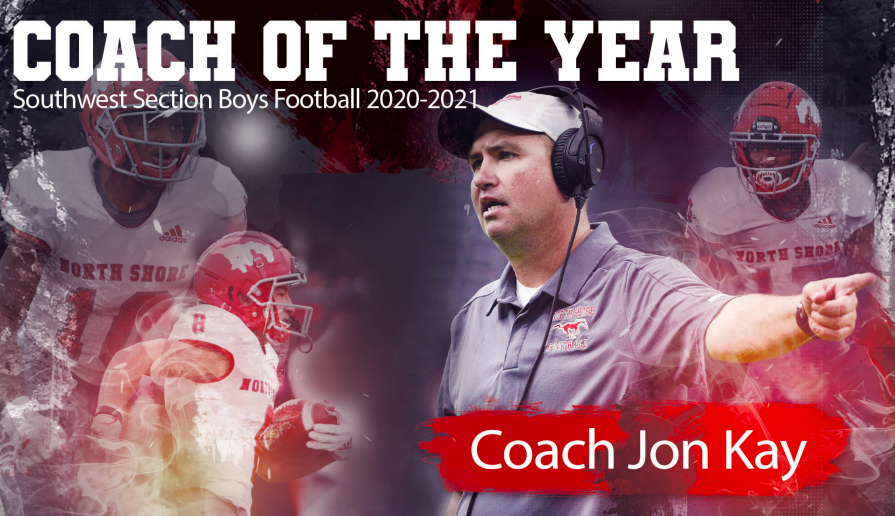 The National Federation of State High School Association (NFHS) Coaches Association selected Coach Kay based upon his performance during the 2020-2021 school year, lifetime community involvement, school involvement, philosophy of coaching and his contribution to the students of the North Shore community.

Congratulations, Coach Kay! Galena Park ISD and North Shore are lucky to have you as an outstanding coach in the District.

END_OF_DOCUMENT_TOKEN_TO_BE_REPLACED

Sports reporters across the state and nation are repeatedly saying Coach Jon Kay has well established a football dynasty in the North Channel area. I must agree: after covering his teams now for quite a few years, it’s apparent he knows what he’s doing when teaching young athletes into becoming champions. However, he’s not just about teaching his athletic programs into producing champion players. He’s very interested in helping young men and women into becoming successful in life, and in providing the East Harris County Community with something to have a sense of pride in.

Kay said early in his teaching career, when he saw how athletics can be used to help young kids develop into something positive, he then decided he wanted to be a part of it. Coach Kay and his highly talented coaching staff always keeps their junior varsity players ready to move up to the varsity squad. And that’s what happened this year: they moved up junior varsity players, plus used their returning juniors and sophomores, into a state championship team.

North Shore Mustangs beat the Duncanville Panthers in a thriller to capture the UIL 6A Div. 1 Texas high school football state championship in front of 43,000 plus spectators. This game was one of the hardest fought contact sport games I’ve seen in years. They played each other in 2018, 2019, and now 2021, and the Eastside Boys have won all three championships.

END_OF_DOCUMENT_TOKEN_TO_BE_REPLACED 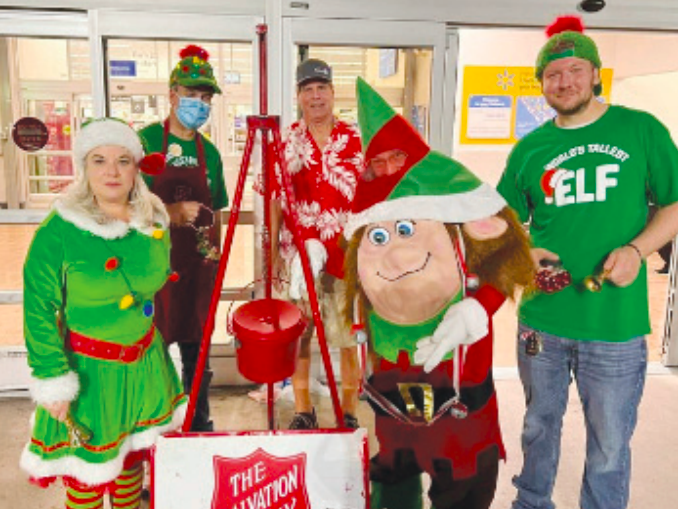 Communities throughout the North Channel area celebrated the Christmas and New Year’s holidays with parties, parades, church services, and family outings. In addition, many sought to help others to enjoy the holidays. AT RIGHT, the North Shore Rotary Club members, including Dr. Donald Dino (the elf) and Danna Dino, help collect funds in the Red Kettle at the Walmart entrance, for the Salvation Army. 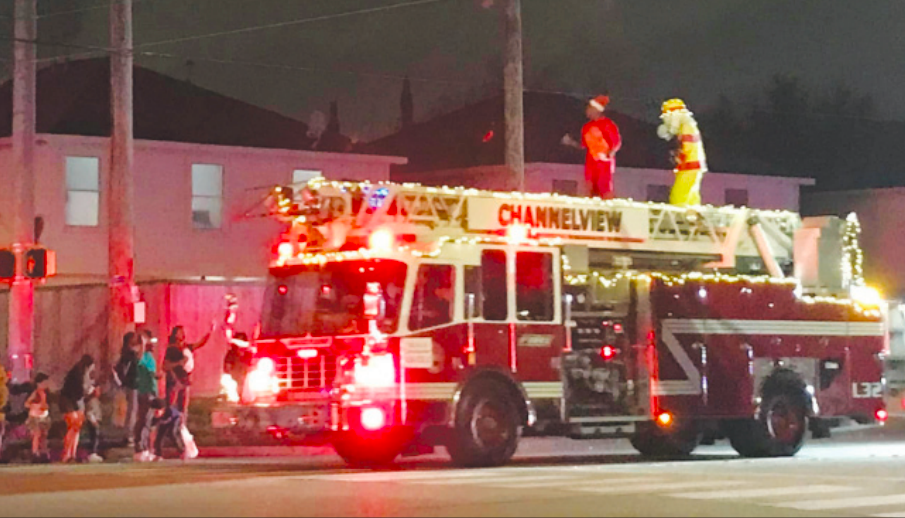 The traditions of Christmas lights and Parades were all through the neighborhoods of Channelview, Cloverleaf, Sheldon, Jacinto City, and Galena Park. AT LEFT, Santa rides the Channelview Fire Truck on his visit through many of the neighborhoods around their service area. The other fire departments also had similar holiday tours with Santa.