NORTH HARRIS COUNTY – The Rodeo was in town starting this week, and the evidence was wagon teams and horse riders throughout our city streets. They were headed to Memorial Park, where on Friday night they camped prior to the big Rodeo Parade Saturday morning in downtown Houston. And then on to the Rodeo, which officially starts with events and entertainment on Feb. 28. Another tradition everyone was looking forward to was the BBQ cook-off, since it was not held last year due to the pandemic which canceled the whole Rodeo.

There are 10 Trail Rides that participate in the event, with over 2000 riders, wagons, and horses. They start in small towns around Houston, and proceed to NRG stadium and the Rodeo grounds. The tradition started in 1952 in Brenham. A unique feature of the rides are the stops they make along the way, making friends, sharing western lore, and usually introducing school children to horses and wagons.

END_OF_DOCUMENT_TOKEN_TO_BE_REPLACED

Program Manager Gayla Wilson of Volunteer Houston was the Mistress of Ceremony. She said the mural was created by 80 individuals who each painted a part of it by painting individual panels approximately 12” x 12”, drawing on their own emotions and perspectives around Dr. King’s messages of services, perseverance, and injustice and their part in creating and contributing to his vision of the Beloved Community.

Michelle L. Bonton, M.Ed, Executive Director said, “Dr. King’s dream of an overall better quality of life through peace and unity was big. Like Dr. King, Harris County Cultural Arts Council is doing something big! We’re using the arts to improve the quality of life and promote unity between people from different backgrounds in unincorporated East Harris County. We’re excited to have this mural as a representation of Dr. King’s legacy and the one we’re building for our community.”

END_OF_DOCUMENT_TOKEN_TO_BE_REPLACED

CHANNELVIEW – The Channelview ISD school district has decided to end the requirement for persons in their buildings to wear a mask as protection from the COVID-19 virus. The following statement was issued by Superintendent Tory Hill:

It has been my pleasure to serve as your new superintendent. I have been on the job for about a month and it has been a busy yet incredibly rewarding experience. I look forward to serving our students every single day and creating a collaborative Channelview. Our students’ education and safety will continue to come first in every decision that I make.

After several discussions and much research, it has been decided that we will lift the mask mandate beginning Tuesday, March 1 at 5:00 p.m. Masks will be strongly recommended for all students, staff and campus visitors. Until then, the mask requirements will remain in effect. We still strongly recommend all of our students wear masks in an effort to prevent the spread of COVID-19.

END_OF_DOCUMENT_TOKEN_TO_BE_REPLACED

February 22, 2022 – At the Pasadena Sam Rayburn High School gym, the Pearland Lady Oilers brought GPISD North Shore Lady Mustangs’ playoff hopes to a close, winning 38 to 37. As this low score tells, the game was a defensive battle and, as usual when this happens in a close game, it was the team with the ball in their possession in the final seconds who won.

The game many thought would be an easy win for the Eastside girls ended up as a shock and surprise when Pearland won by one point in the final couple seconds. The shock and surprise was because earlier in the season, North Shore won against Pearland by 24 points, 54 – 30.

North Shore’s coach Allison Campbell said the first time they played the Lady Oilers, they didn’t have all their starters, as they did in this game. Plus they added a new player to their team that the UIL recently cleared to play.

The North Shore team had more turnovers than normal, and this was because Pearland’s defense was so aggressive. Atria “Tree” Dumas, the Mustangs’ leading rebounder and a double digit scorer, was held to only 3 points, where she usually gets near 20 points a game. She was double-teamed most of the time when she played. Coach Campbell took her out of the game for half of the first quarter and all of the 2nd quarter, because Campbell said Dumas had 2 early fouls and she didn’t want her to foul out.

END_OF_DOCUMENT_TOKEN_TO_BE_REPLACED 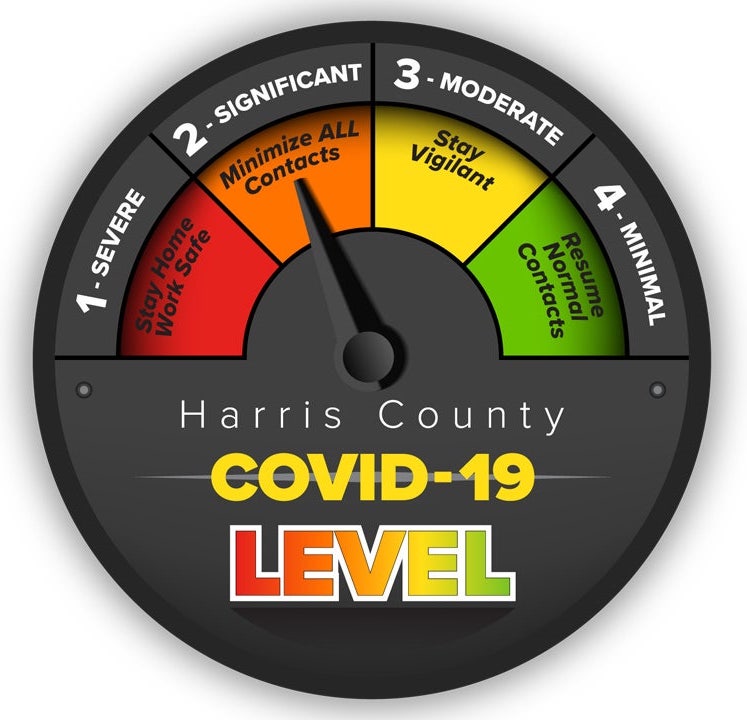 “The omicron wave hit Harris County very, very hard,” said Judge Hidalgo. “In fact, only now have our hospitalization rates dropped to levels that don’t immediately threaten the capacity of our healthcare system. While we’re moving in the right direction, there are no guarantees we won’t see another wave in the future. My hope is that the on-demand availability of vaccines and treatments will help us to avoid another dangerous spike. I continue to urge folks to get vaccinated. Doing so will allow us to deal with COVID-19 as a manageable risk rather than an emergency that unnecessarily threatens lives and the capacity of our entire healthcare system.”

END_OF_DOCUMENT_TOKEN_TO_BE_REPLACED “America stands with Ukraine, and we will do everything we can to help them defend themselves against the Russian Federation.”

“The United States has played no part in creating this crisis, but we have a responsibility to support the Ukrainian people as they fight to defend their own sovereignty.”

“Putin has tried to get away with as much as he can, and it would be naive to think that he will stop at Ukraine. Ukraine is on the front line of a crisis, but the security of Europe is also in question.”