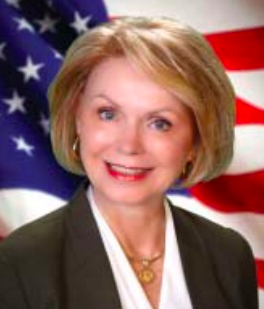 In a letter addressed to Harris County Judge Lina Hidalgo, Trautman said the resignation would be effective May 31. The Commissioner’s Court will appoint an interim Clerk, Judge Hidalgo said.

Trautman said that her decision was “due to personal health concerns… the Covid-19 pandemic, my age, and underlying health issues. I do not feel I can safely continue to carry out my duties as Harris County Clerk.”

The County Clerk is in charge of all elections, and in that capacity she brought a number of innovative advances to the election process in Harris County. She is credited with convincing the county and the state to allow voters to cast their ballots at any polling location, instead of the one closest to their home.

Due to the Coronavirus, she has also been working on a plan to allow the majority of voters to vote by mail instead of risking their health at polling locations. She has received preliminary county funding of $12 million for this effort, but has been told by the state that it would not be legal to allow all to vote this way, and she is awaiting resolution of this ruling.

Trautman credits her staff for much of the accomplishments, and praises their commitment and hard work.

In accepting her resignation, Judge Hidalgo said “Dr. Trautman embodies the spirit of the community she has served… she led the charge to allow citizens to vote at any polling place on Election Day… she expanded voting locations… and expanded hours and early voting opportunities for all… During the Coronavirus crisis, she has led the push for mail ballot voting… I thank her for serving our community with pride, dedication, and an ambitious agenda.”

“We appreciate Dr. Trautman’s stated willingness to work together during the one and half years she has been in office. While we have had our differences, Dr. Trautman showed the importance of having an independent county clerk dedicated to meeting important election challenges. Her tenure has also shown why the County Clerk is elected by the people and not beholden to other county officials. While serving as County Clerk is no easy job, it plays a critical role in Harris County, overseeing the largest elections in Texas and, in November 2020, one of the largest countywide voting operations in the nation.”

Diane Trautman has served as Harris County Clerk since January 1, 2019, working arduously to make the voting process accessible, continually anticipating challenges, and addressing public concerns to ensure the election infrastructure remains secure. Below is a list of some of her major accomplishments.

2. Extended Early Voting Hours – To offer voters additional time to vote, opened polls from 7 am to 7 pm during Early Voting.

4. Textbot Poll Finder and Wait Time Features – Worked to create website features to help find the nearest voting locations and those with the shortest lines.

6. More Transparent Website – Updated the harrisvotes.com website by including information on the application process for Voting Centers, easy to find election reports, and an improved polling location map.

7. New Wallisville Annex – Opened 11th Harris County Clerk Annex location so that customers would not have to drive far to get copies of vital documents.

10. New Marriage License – Created a new more modern design with a new Harris County Clerk logo showing the skyline of “can do” city of Houston. The following has not yet been accomplished, but is expected to be implemented in the near future:

11. Supporting Safe Elections – Most recently, secured $12 million from the Harris County Commissioners Court to expand ballot by mail to those who qualify and worked with election officials to create an extensive plan to ensure voting at the polls continues to be safe and accessible.