The event included fish fry dinners, cooked and served by Rotarians and area high school students, a live auction with over 70 lots of unusual and exotic items, a silent auction, and a raffle that gave away a new car or pickup truck and 19 other worthwhile prizes.

The Fish Fry returned this year as an in-person event, after two years of online or remote activity, due to health concerns during the COVID-19 Pandemic. It seems the crowd brought two years of enthusiasm with them this year, in ticket sales and auction bidding.

END_OF_DOCUMENT_TOKEN_TO_BE_REPLACED

Texas voters get another opportunity to cast ballots starting May 16 in primary runoff elections slated for both Republican and Democratic candidates. The election is May 24, with early voting running until May 20. Statewide runoff races are slated for attorney general and land commissioner in both parties, lieutenant governor and comptroller in the Democratic race, and railroad commissioner on the Republican side of the ticket.

Early voting hours are Mon-Fri, 7am to 7pm, and the same on Tuesday, May 24 Election Day. Voting locations in this area include:

END_OF_DOCUMENT_TOKEN_TO_BE_REPLACED

Harris County Public Health is now administering the 2nd booster dose of Pfizer and Moderna COVID-19 vaccines at all our vaccination sites. If you are over 50 or immunocompromised and received your first booster at least 4 months ago, you can now get a 2nd booster.

END_OF_DOCUMENT_TOKEN_TO_BE_REPLACED

East Harris County Empowerment Council serving 6 communities in the North Channel area. We have an upcoming event on Saturday, May 21st that we think is a phenomenal opportunity for residents in the area to receive FREE laptops and hotspots through a partnership we have with Harris County Public Library.

WHILE SUPPLIES LAST we will be handing out these items to Harris County residents who possess a Harris Co library card. We will also be offering them the ability to sign up for that library card while they are in line. One laptop per cardholder and one hotspot per household will be given away.

The drive thru event will be held at North Shore Episcopal Church, 13125 Indianapolis St (off of Uvalde) from 9am – 12pm (or until supplies run out).

END_OF_DOCUMENT_TOKEN_TO_BE_REPLACED

Jacinto City, TX. – Saturday, April 9, 2022 – District 143 State Representative Ana Hernandez had another successful food distribution event where hundreds of vehicles, many with more than one family in them, lined up to get help. Hernandez is known throughout the North Channel area for spreading help to the needy.

State Representative Hernandez’s staff, District Director Adriana Aguirre Hernandez and Community Liaison Linda Jamail, created a well-organized event which included over fifty volunteers from Galena Park High School and other organizations, who moved hundreds of vehicles through the line quickly so that volunteers and Rep. Hernandez could load the commodities into their vehicles.

END_OF_DOCUMENT_TOKEN_TO_BE_REPLACED

Rotarians and the public will get together this Saturday, May 14 for the 47th Annual North Shore Rotary Catfish Fry & Crawfish Boil. That’s a mouthful, but it sure tastes good.

This annual event returns to an in-person style, at its traditional location in the Rotary Pavilion behind the courthouse on Wallisville Road.

Fish-Fry chairman Ken Wimbley promises that this will not only have the tastiest crawfish of all time, but also the best items for the Live and Silent Auctions. The Rotarians have had over a year to prepare and collect some unique and great items. All proceeds from the event will go to scholarships and other community projects benefitting North Shore.

The public is invited not only to come have lunch, but to take a chance on the Raffle, and win a new Toyota Tacoma pick-up or a Toyota Camry sedan. Raffle tickets are $100 and available at the door. They include two great fish dinners. There are a total of 20 expensive prizes in the Raffle – so, take a chance.

END_OF_DOCUMENT_TOKEN_TO_BE_REPLACED 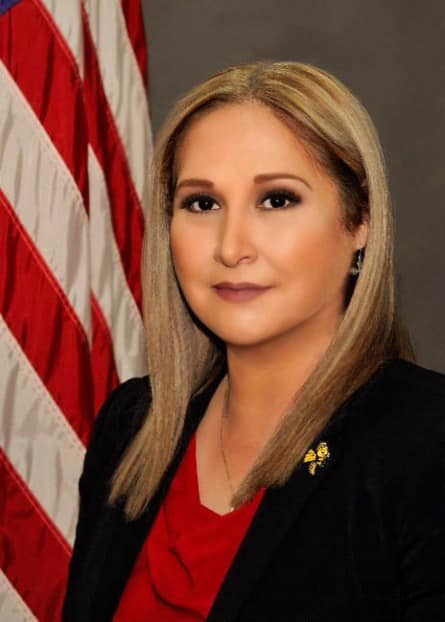 HARRIS COUNTY – Voters went to the polls last Saturday, and voted on the few issues that were on the ballot. Two state constitution amendments, that lower property taxes, easily passed. Statewide, 1,300,000 votes were cast, with 85% approving the amendments.

Other ballot items were local, including two bond issues in Huffman, that were defeated by over 60% of the electorate that voted, and a Sheldon bond issue that was defeated by more than 65% of those who voted. Obviously the electorate was not in a mood to spend money that might mean higher taxes for them. Both districts had stated that they needed the money to build or improve facilities to accommodate student growth.

In Crosby, three directors for Newport MUD were elected: Earl Boykin, Deborah Florus, and DeLonne Johnson. Johnson won by only 3 votes over her opponent, John Webb by a count of 128 to 125.

In a closely watched election for Mayor and City Council, the incumbent Mayor Esmeralda Moya and her slate of four city commissioners were reelected. For months this administration had drawn criticism on social media and the attention of voters and the press. However, when given the chance to change, the actual number of voters that went to the polls was about half the number that voted 4 years ago, in 2020 when Moya was elected.

Vote Totals are as follows:

END_OF_DOCUMENT_TOKEN_TO_BE_REPLACED

SHELDON- The Emergency Services District #60 (ESD #60) and Sheldon Community Fire & Rescue (SCFR) had their groundbreaking ceremony for their new administration and fire station. The event took place the morning of April 8 when officials gathered on the construction site. The Building will be in the fully wooded site located at the corner of Uvalde Rd and Kinsman Rd, Houston TX. The site will have two buildings- one for the Administration/Fire and the other for Maintenance.

Building is scheduled to be completed September/mid October 2022.

Construction is currently in progress on the new Station No. 1 which will serve the southernmost part of the Sheldon district and surrounding areas, totaling approximately 100 miles. The new administration and fire station is set on 4.4 acres of land and will be 21,500 square feet. Three bays will have the capacity to house up to six apparatus. Initially, these will include an engine, a High-Water Rescue Vehicle and a tanker. Crews of four firefighters will rotate for 24/7/365 for continuous coverage. Administration will also be housed in the new facility. The project is planned for a September 2022 completion.

The facility will include:

END_OF_DOCUMENT_TOKEN_TO_BE_REPLACED 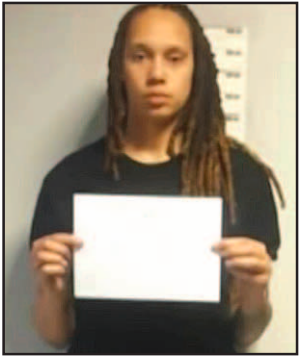 WASHINGTON – The Biden administration has determined that WNBA star Brittney Griner is being wrongfully detained in Russia, meaning the United States will more aggressively work to secure her release even as the legal case against her plays out, the State Department said.

“The U.S. government will continue to undertake efforts to provide appropriate support to Ms. Griner,” the department said.

Griner was detained at an airport in February after Russian authorities said a search of her bag revealed vape cartridges containing oil derived from cannabis. Since then, U.S. officials had stopped short of classifying the Phoenix Mercury player as wrongfully detained and said instead that their focus was on ensuring that she had access in jail to American consular affairs officials.

Now, though, U.S. officials have shifted supervision of her case to a State Department section — the Office of the Special Presidential Envoy for Hostage Affairs — that is focused on negotiating for the release of hostages and other Americans classified as being wrongfully detained in other countries. A consular officer did visit in March.

“Brittney has been detained for 75 days and our expectation is that the White House do whatever is necessary to bring her home,” said Griner’s agent, Lindsay Kagawa Colas.

END_OF_DOCUMENT_TOKEN_TO_BE_REPLACED

Rotary prepares for Fish Fry on May 14

NORTH CHANNEL – The members of the North Shore Rotary Club are hard at work, preparing for their 47th Annual “Catfish Fry & Crawfish Boil.”

This annual event raises hundreds of thousands of dollars each year, for the scholarships and community organizations that the Rotary Club supports.

Fish Fry chairman Ken Wimbley stated that this year is expected to be bigger and better than ever, now that most people have weathered the Pandemic and returned to normal activies and interests.

The Fish Fry will take place Saturday, May 14 at the Rotary Pavilion on Wallisville, behind the courthouse. The event will start in the morning, and last all day.

Attendees can enjoy a delicious crawfish lunch, while they participate in the silent or live auction, and hope their ticket comes up in the drawing.

The Grand Prize in the raffle is a choice of a new Toyota Tacoma pick-up truck, or a Toyota Camry sedan. Given the scarcity of new cars from the factories this year, this would be a great opportunity.