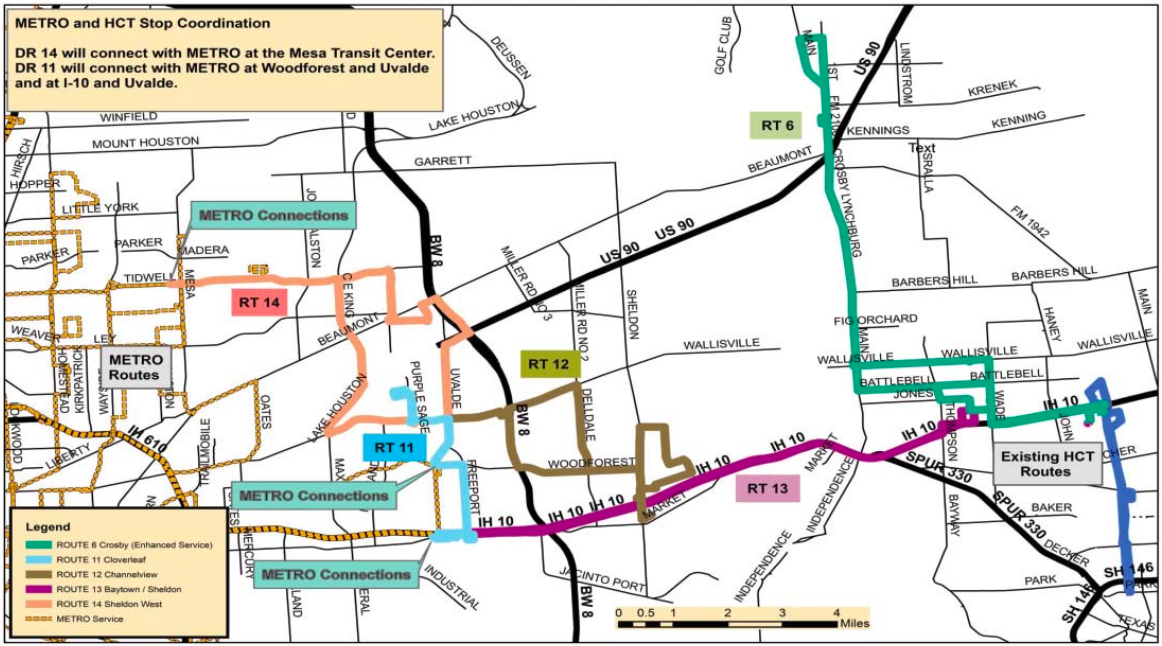 Free Ridership for the first 60 Days

Nearly 200,000 residents now have new access to public transportation in eastern portions of Harris County, thanks to $3.8 million Harvey Disaster Recovery money. Harris County Transit will expand its existing bus service to some of the communities hardest hit Run-Off Election December 14 by floodwaters from the hurricane.

The new service will add roughly 65 additional route miles to the infrastructure for a total of 185 route miles. Five proposed new routes will serve Channelview, Cloverleaf and Sheldon with service for a three-year period. If ridership levels are high enough, Harris County Transit Services will request more funding to continue the routes beyond the three years.