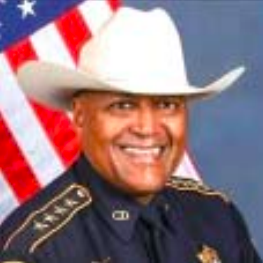 “We urge anyone who may have been a patient at this fraudulent testing site to get re-tested by a legitimate healthcare organization,” says Martin. “They will also need to watch for identity theft and misuse of their personal information.” Martin also reported the issue to Precinct 3 Constable Sherman Eagleton’s office in Baytown. This was the first such incidence Constable Eagleton had seen in this area.

“During these difficult times it is a shame that anyone could think of preying on innocent, scared and potentially ill citizens,” said Constable Sherman Eagleton.

“We want everyone to be mindful of the signs of a fraudulent ‘pop-up’ COVID testing site such as, ‘staff’ asking for payment or social security numbers,” Eagleton said. “Before getting tested, verify the testing site by checking it on www.ReadyHarris.org or get a referral from your trusted medical provider. Being properly tested by a trusted source is key to stopping this virus. If you think you’ve spotted a site that isn’t legitimate, report it immediately. Call our 24-Hour Dispatch at 713- 274-2500 or report it anonymously on our Tipline 832-927-8477. Stay safe, stay well, stop the spread!”

The FBI is investigating fake test sites in Louisville, Kentucky, an official said Thursday. And in Birmingham, AL, U.S. Attorney Jay Town issued a warning about bogus, fly-by-night testing sites. In a story in AARP, David James, president of the Metro Louisville Council, said he went to another site at a gas station and saw a sign on the street with two red crosses mimicking the American Red Cross logo. There, staffers wearing personal protective equipment wore neck lanyards that misspelled the health care law known as HIPAA, which is the Health Insurance Portability and Accountability Act.

Other reports about such sketchy sites have emerged in Arizona, Florida, Georgia, New York and Washington state, government and nonprofit officials shared with AARP.

If residents notice a site that seems unusual or where strict safety protocols are not followed, they should report fraudulent activities both to local authorities and: https://www.texasattorney general.gov/consumer-protection/covid-19-consumerissues or https://www.justice.gov/usaondtx/report-covid-19- fraud. All valid County testing sites are listed at www.hcphtx.org or readyharris.org.

“We certainly don’t want to discourage people from being tested, and all of our testing sites are free,” said Martha Marquez, Harris County Public Health Public Information Officer on Sunday. “We do not charge for testing through Harris County, but a short survey is required.”