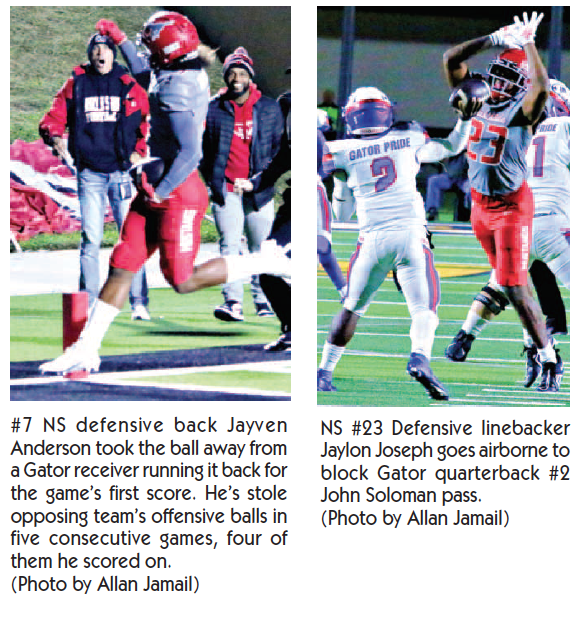 The Eastside Boys advances to the Regional Semifinals Playoff round to face the Katy ISD Cinco Ranch Cougars. The 2:30 pm daytime game on Friday, November 25th gives the Cougars home field advantage. If the Mustang Nation fans turns out, it could take away the Cougar advantage, as it has before in playoff contests.

The Mustangs run defense and rushing the quarterback once again played a major role in preserving their undefeated perfect 12-0 record. At halftime it was a close game, separated by a NS Carlos Dominguez 3-point field goal, NS 24 – D 21. 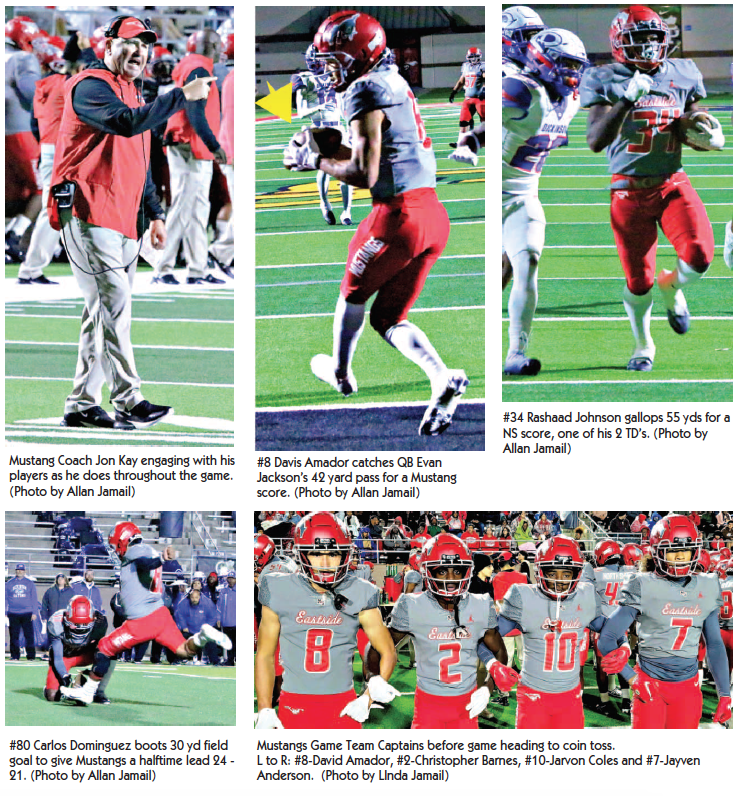 Mustang’s defensive back Jayven Anderson once again stole another offensive player’s ball making the game’s first points. In Anderson’s last 5 games he’s taken the opposing offense’s ball away, four by interceptions, this time he scooped up the ball away from the Gator player and ran it in for 6 points.

Kay’s offense was mixing things up by using Evan Jackson as quarterback (QB) but then some plays changing to David Amador for QB. This proved confusing to the Gators. Running backs were very productive, Rashaad Johnson, averaged 13 yds a carry, he had 21 runs for 158 yds and 2 TD’s. D’Andrea Hardeman averaged 10.5 yards a carry, running 15 times for 141 yds and 2 TD’s.

Cinco Ranch was barely able to advance to the regional semifinals. This is their second consecutive season to make the regionals. To advance they won over Cy-Fair 13-10 on a 45-yard field goal as time expired. They were tied 3-3 for three quarters in a low scoring defensive game.