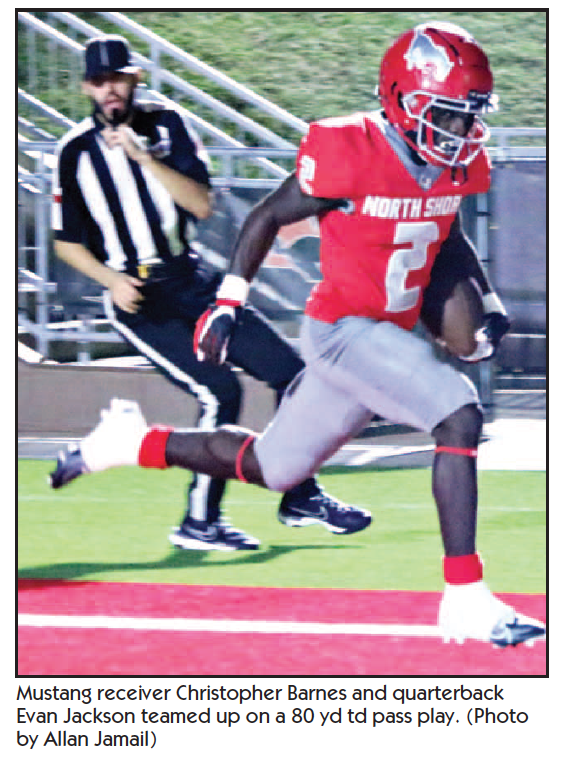 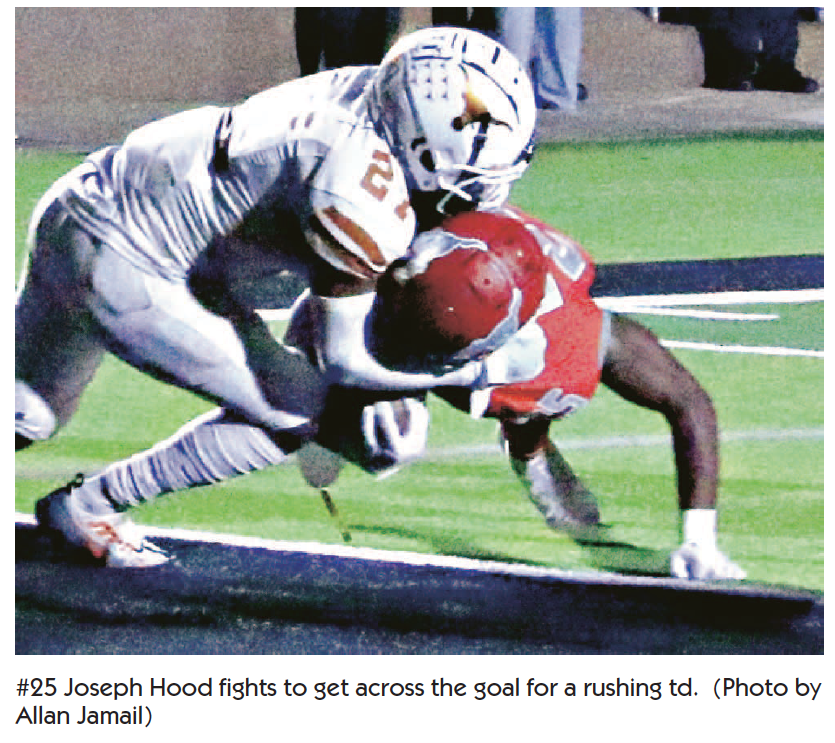 The Eastside Boys actually had a scrimmage game, the Longhorns never got out of the corral. It didn’t matter whether it was an offensive running or passing play, the Longhorns couldn’t stop them. They made seven touchdowns (TD’s), five in the first half. Extra points were kicked by Carlos Dominguez and Jonathan Soto. 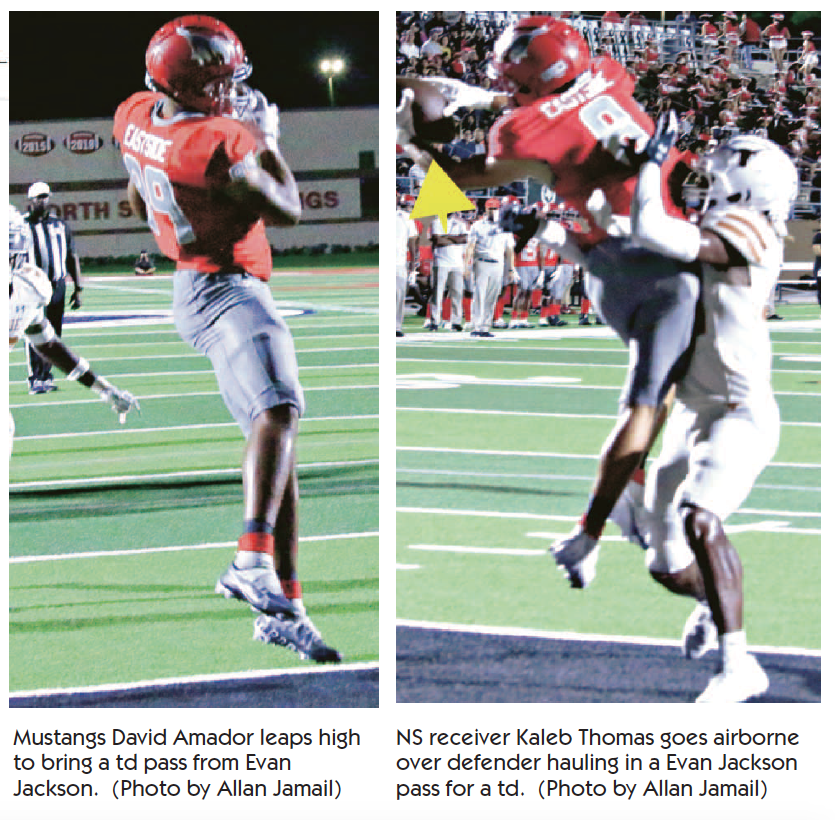 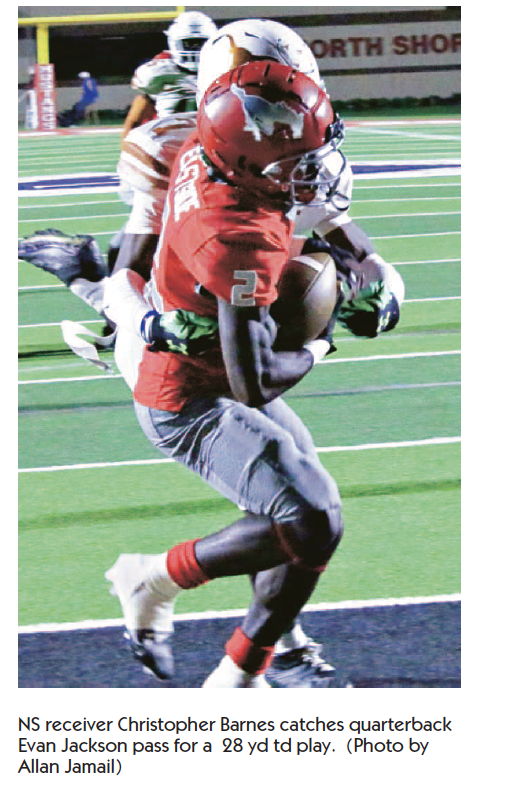 Kay’s newest quarterback Evan Jackson put on an aerial show throwing passes behind a star offensive line to many different receivers. He’s a late newcomer starting two games as quarterback taking over since starter Kaleb Bailey went out for the season in game four.

The Mustangs defense was relentless, they never let Dobie do anything except punt the ball to them so they could make another touchdown. Jayvon Anderson had his fourth consecutive game interception, three went for TD’s. This one would’ve been another TD but he stepped out of bounds on the 8 yd. line. Jessie James wore a mask when he stole but Jayvon’s proven to be a defensive back who’ll steal the ball if it’s thrown in his area without a mask.

The reigning, defending, undefeated Class 6A Division I Region 3 State Champion North Shore Mustangs (11-0) will host the Dickinson Gators (8-3) Friday 11-18-22 @ 7pm. @ GPISD Stadium. This game known as the Area Round is a part of the “2022 UIL Texas Football State Championships – 2022 Football Conference 6A D1” tournament.