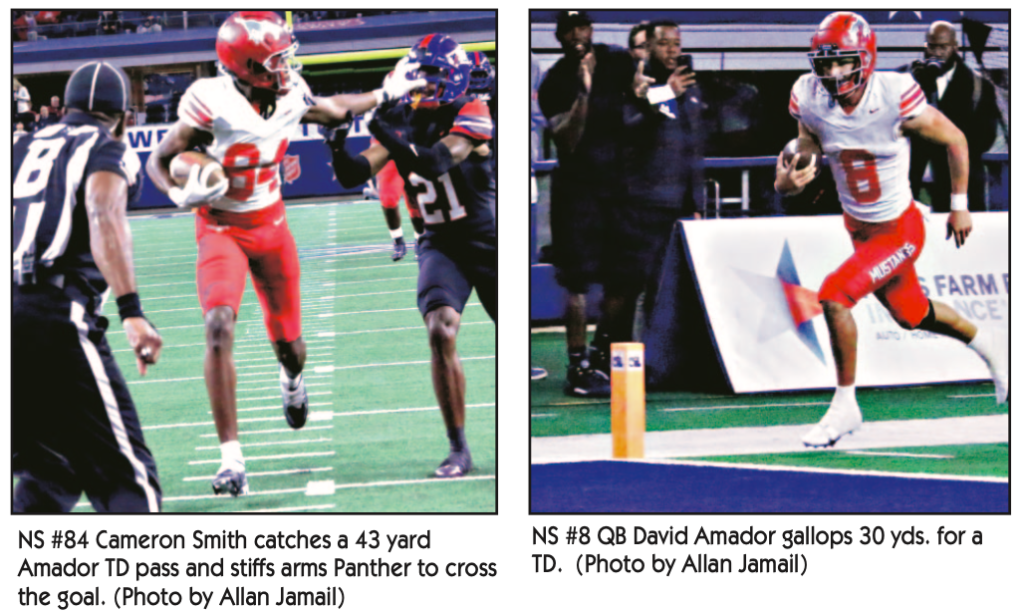 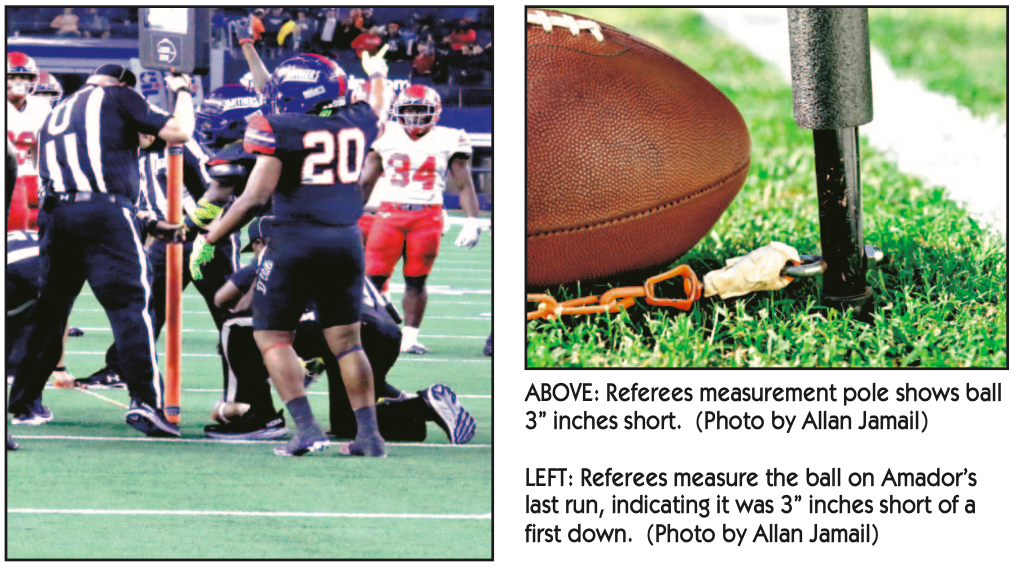 Evenly matched the teams were tied 21 – 21 at halftime.

In the fourth quarter trailing by one touchdown with 2:17 left on the clock the Mustangs started their last offensive drive to tie the game on their own 20 yd. line. Coach Jon Kay and Offensive Coordinator Willie Gaston called on quarterback (QB) David Amador to run seven of their remaining 10 plays. The never-give-up Amador moved the ball 68 yards to the Duncanville eleven yd. line. It was there the exhausted Amador came up 3 inches short on a fourth down run up the middle turning the ball over to the Panthers who ran out the clock.

Duncanville keyed on Amador from the start, sacking him numerous times for a loss of yards. 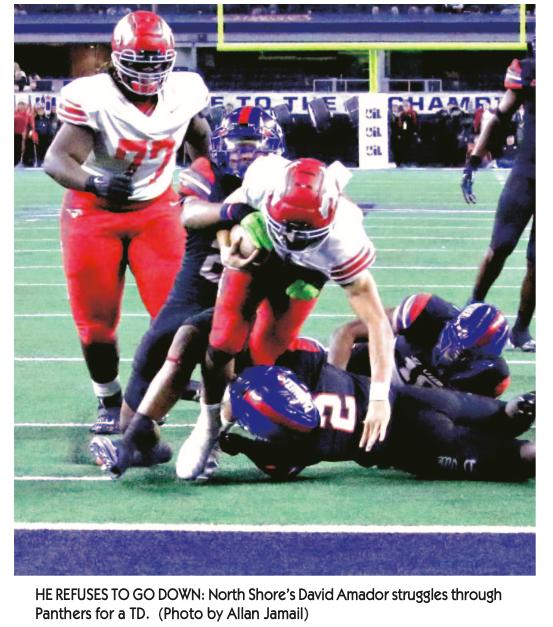 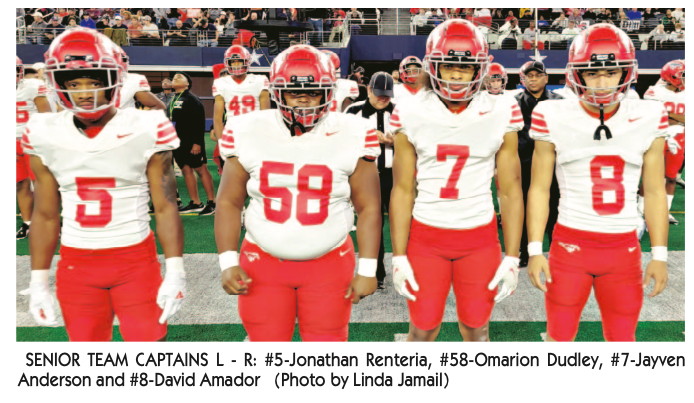 Amador recognized as one of the state’s best high school player has proven game after game he’s a good runner and hard to bring down. Saturday was no different, the senior ran for two TD’s and threw a 43 yd. TD pass to Cameron Smith. He’s a true receiver and began the season as a receiver, but when QB Kaleb Bailey was sidelined after five games with a sea- son ending injury Amador stepped up and has done a heroic job.

Amador as QB got injured too during the Mustangs quest for their sixth state title. Kay then moved senior backup QB Evan Jackson in to fill in for Amador for several games. Jackson did a magnificent job, has good hands for the ball and is an accurate passer.

In some previous games Kay alternated Amador back to receiver and had Jackson as QB. The duo proved very effective by keeping the opposing team’s defense confused.

Kay and Gaston used all the offensive tools in the tool box except bringing in Jackson as QB and putting Amador in where’s he his best, a receiver. He caught last year’s state title winning pass that put the dagger in the Panthers heart in the closing minute. He has speed and a knack for
getting open and doesn’t go down easily.

Duncanville defense played unsportsmanlike, drawing five personal foul flags. Four face mask grabs and one hitting out of bounds. On the Mustangs final drive with less than two minutes, the only way the Panthers could win was to stop Amador, so they grabbed him by his face mask pulling his head to the turf, twice within seconds of each other. One defender ripped Amador’s helmet off slinging the helmet 20 to 30 feet. The player should have been disqualified and ejected but wasn’t and the Panther’s coach seemed unconcerned. These face masks grabs stopped Amador, and without those flagrant fouls I think North Shore would have won and I think the violators knew this too.

No team in recent history has shutout the Mustangs 3 out of 4 quarters until Saturday.