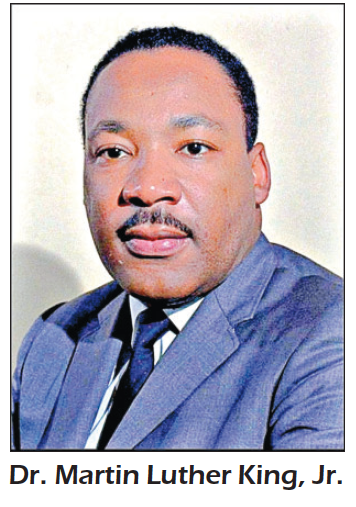 HOUSTON, Texas – Monday, January 16, 2023 – MLK Jr. Day was celebrated in Houston and cities all over the nation. Thousands gathered to watch 2 parades in downtown Houston on Monday to honor Dr. Martin Luther King, Jr. MLK Day is a federal holiday to be celebrated on the third Monday each January.

Mayor Sylvester Turner served as Grand Marshal in one of the parades. It was the final MLK Jr. Day parade of Turner’s administration. Co-Grand Marshal also included Rev. Dr. Derek King, the nephew of the great civil rights leader.

Dr. King an African American was greatly responsible for bringing social justice to many Americans regardless of race or ethnicity. He was assassinated April 4, 1968 when I was 24 years old. As a young man I was beginning to take an interest in politics and so I had been keeping up with the politics of the times and so I took a special interest in Dr. King’s speeches. In that time of the early sixty’s it was unusual for a Black person to be as outspoken as he was. He became popular as he publicly called on the government to treat everyone equal as the constitution spelled out for citizens to be treated equal. Blacks in most states were not given most of the same privileges as Whites, including the same voting rights.

Dr. King organized nonviolence movements and demonstrations all across the nation to bring an end to racial injustice. Although he stressed the need for non-violence to bring about these changes it was a violent act of being shot to death that took his life.

In the 1960’s there were several assassinations of political figures. Nov 22, 1963, the assassination of President John F. Kennedy, Feb 21, 1965, Malcolm X (an outspoken Black calling for racial equality), April 4, 1968, Martin Luther King Jr is assassinated and June 5, 1968 Robert Kennedy is assassinated as he was running for President.

“All we say to America is, ‘Be true to what you said on paper,” Dr. King said in 1968, in the last public address he made before he was assassinated. King was referring to the US Constitution.“Somewhere I read of the freedom of assembly. Somewhere I read of freedom of speech. Somewhere I read of the freedom of the press. Somewhere I read that the greatness of America is the right to protest for right.” Dr. King never wavered from his invocation that truth — regardless of how uncomfortable it may be — is critical to America’s ability to live up to its stated ideals. He never lost his faith in the power of truth, either. As he said in his Nobel Peace Prize acceptance speech in 1964: “I believe that unarmed truth and unconditional love will have the final word in reality,” Dr. King said.