Three arrested in Galena Park for assault on elderly couple 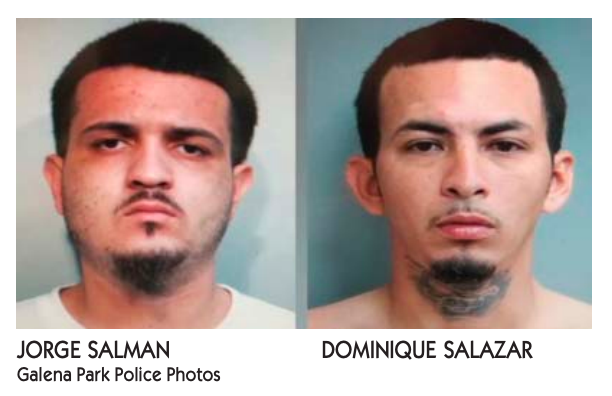 GALENA PARK – Sunday, October 6th at approximately 9 PM, according to Maria and Francisco Hernandez, 65 and 69, they said two males and a female forced their way into their 7th Street home making demands for their grandson.

Once inside the home the trio attacked the grandson and ended up attacking his grandparents as well.

Police say during the attack, Salman and Salazar pushed Maria to the ground and punched Francisco in the stomach. A translator there said, “Francisco has a pacemaker, he could’ve had a heart attack.”

Galena Park Police Sgt. Drew Scroggins said the two males, Salman and Salazar, were arrested for burglary with intent to commit assault, while the female, Genesis Martinez, was charged with burglary.

Burglary of a habitation in Texas with intent to assault is a second degree felony, if convicted punishment by imprisonment in the institutional division for any term of not more than 20 years or less than 2 years. In addition to imprisonment, an individual adjudged guilty of a felony of the second degree may be punished by a fine not to exceed $10,000.

The three charged suspects will be tried in the Harris County Courts.

According to sources the incident may have stemmed from Martinez and the grandson having recently broken-off their relationship.