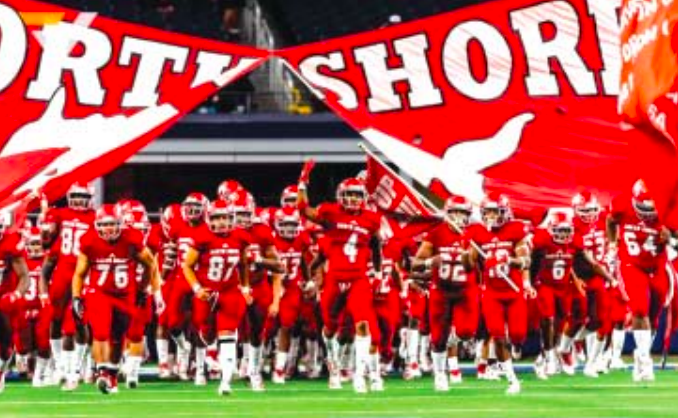 NORTH SHORE – Current plans are for the Mustangs to open the football season with a first, a game against a nationally recognized top team. The game will take place on Saturday, August 29 at Galena Park ISD field, unless the pandemic forces a change in the schedule or venue.

The game between two national Powerhouse teams would be telecast on ESPN network. The two teams have won 10 state championships, 6 for De La Salle in California, and 4 for North Shore.

The game would be part of a double-header, which would include Shadow Creek vs. Philadelphia’s St. Joseph Prep.

Coach Jon Kay told the North Channel Star, at a recent appearance at North Shore Rotary, the significance of this matchup is national attention to the North Shore team, and the increased possibility that the team’s players would be recruited by the NFL scouts.

If the California team is unable to make the trip to Houston, due to restrictions from the virus concerns, then the opening game would see North Shore play Shadow Creek at the GPISD stadium.

Shadow Creek is the Texas UIL Class 5A Division I State Champion in 2019. This year they moved to a 6A status.

St. Joe won the Pennsylvania IAA 6A title last year, and De La Salle is ranked 12th in the nation in MaxPrep’s ratings.

De La Salle has won six state championships under coach Bob Ladouceur. They went 12 years without losing a game, winning 151 straight, which was memorialized in a movie, “When the Game Stands Tall.”

Coach Kay said of the De La Salle team, “We were looking for a quality opponent to play and we certainly got that.”

“They’ve got a national program for good reason, and the success that they’ve had there speaks for itself. It’ll be a good opportunity for us to play a new opponent.”

And to get some well-deserved national attention, according to his talk at Rotary.