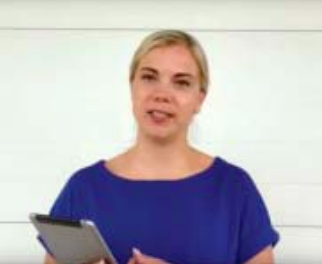 The San Jacinto River Coalition normally meets every month on the first Tuesday, at a local community center. But since the Covid-19 lockdown mandated by Harris County, the community centers have been closed. To keep the community informed, SJRC/THEA director Jackie Young has been hold virtual reports that are available on the TxHEA.com website.

In her May Report, she discussed the importance of the I-10 bridge and roadway to commerce locally and throughout the nation. She said that TxDOT is planning on replacing the bumper structures that protect the columns supporting the bridge. These columns were severely damaged twice last year by barge strikes. She said that TxDOT is planning a public meeting in the fall to inform the public and receive comments on the project.

In regard to the waste pits, EPA is testing the crushed concrete and blocks that are part of the Cap cover. The idea is that they might be re-used as landfill after the toxic waste is removed, but only if they have no toxicity. As part of the study, they are also checking the quality of the groundwater, to know how to treat it during remediation.

The next step in remediation is for the engineers to present the 30% Design Package to the EPA for review and approval. At some point this will be made public, and THEA can review it to check what direction the process will be headed.

Jackie raised the question of the Sand Separation area, which has in general has not been part of the remediation study. She said it has lower concentrations of dioxins, but need to be addressed as to how it will be remediated, too. She said that only 9 samples were taken in the area, and that more might be needed for a proper assessment.

Jackie emphasized that full remediation and removal of toxic wastes is essential, so that the river is “safe, for recreational or residential use, not just industrial use.”

In the June Report, Jackie noted that weather authorities are expecting an active hurricane season, therefore threatening the waste pits with flooding and realignment of the riverbed.

The toxic waste was originally thought to be 12- 14 feet deep, but recent studies and probes indicate it might be as deep as 24-25 feet. The could seriously affect the cost and time for remediation, extending it from 2 years to 4 years, according to the EPA. This deeper removal will also require a design for the cofferdams that will take into account the hydrostatic pressure differences, wave action, and increased risk to the remediation workers. The goal is to remove all waste material until what is left is contaminated to less than 30 parts per trillion.

The Coast Guard originally was restricting barge traffic to daylight hours, due to the threat to the I10 bridge, but that has now been modified to allow night traffic of one vessel under the bridge at a time.