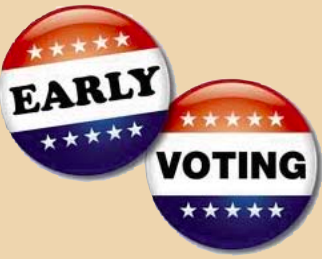 Harris County residents are voting at a record-setting pace this year, a clear indication that Texas voters are excited and enthusiastic about making their voices heard at the ballot box. Joint efforts by civic organizations like members of Houston in Action in partnership with local officials to expand voter registration, education and equitable access helped ensure Harris County’s election infrastructure was prepared to handle the enormous turnout.

More ballots were cast in the first full week of early voting in Harris County than in all of 2014.
“Voters in Harris County are fired up and ready to vote this election season,” said Frances Valdez, of Houston in Action. “This enormous and palpable enthusiasm on the ground is a testament to the months-long efforts of, community leaders, people like members of Houston in Action, and local elected officials that are working tirelessly to ensure Harris County residents have all the information and resources needed to make their voices heard. This week’s record-breaking turnout numbers are a reflection of that painstaking work.”