AUSTIN – Governor Greg Abbott today held a press conference at the Alternate State Operations Center in Austin where he provided an update on the state’s response to Hurricane Laura. This hurricane is expected to bring heavy rainfall, flooding, high winds, and storm surge. He announced that he has added 36 counties to his State Disaster Declaration due to the threat of severe rain, wind, and flooding.

During the press conference, Governor Abbott announced that reception centers in San Antonio, Dallas-Fort Worth, and Austin are open. The state is providing buses to transport Texans that are evacuating. There are also over 225,000 hotel rooms available across the state to provide shelter to evacuees. A full list of mandatory and voluntary evacuations can be found on the Texas Hurricane Center web page. Governor Abbott urged Texans to take action now to protect themselves and their property.

“Hurricane Laura is rapidly intensifying and poses a major threat to communities in Southeast Texas and along the coast,” said Governor Abbott. “Texans in the path of this storm should waste no time preparing for the impact of Hurricane Laura and take immediate action to keep themselves and their loved ones safe. I urge our Southeast and coastal communities to heed the guidance of local officials, follow evacuation orders, and remain vigilant as we brace for the impact of Hurricane Laura. The State of Texas will continue to monitor this storm and provide the resources needed to keep Texans safe.”

END_OF_DOCUMENT_TOKEN_TO_BE_REPLACED

SOUTHEAST TEXAS – Counties and cities from Chambers County to Louisiana were issuing evacuation notices, in the anticipation that the coming Hurricane Laura would bring high winds and heavy rains, with flooding similar to previous devastating hurricanes.

Mandatory evacuations have been issued for Galveston, Chambers County if you live in a flood-prone area, Galveston County for low-lying and beachfront areas, Jefferson County, City of Kemah, Orange County, and City of Port Arthur.

Also, voluntary evacuations have been ordered in parts of Baytown, Harris County flood-prone zones, La Porte, Lake Jackson, League City, Nassau Bay, and Seabrook. Although all of these areas will require shelters after the evacuation, in general they have not been designated as yet.

END_OF_DOCUMENT_TOKEN_TO_BE_REPLACED

Barge fleet gets ready for hurricane

1. Tier Three and Four have been temporarily closed for the USCG subject weather events.

2. Four push-boats will be on station in the fleet monitoring moorings.

3. Senior Management will be on-site for the duration of the weather events.

END_OF_DOCUMENT_TOKEN_TO_BE_REPLACED

PCT. 2 HARRIS COUNTY – Commissioner Adrian Garcia plans to hold a Zoom public meeting next Monday night, if hurricane weather allows. He is interested in the public’s ideas for further development of the precinct’s park system.

You can join him for the virtual kick-off of the Precinct 2 Parks & Trail Plan! The goal of the project is to develop a long-term vision and a near-term plan for priority investments in parks and trails based on YOUR FEEDBACK!

For more information on this project, visit: https:// www.pct2parksandtrails.com/

END_OF_DOCUMENT_TOKEN_TO_BE_REPLACED 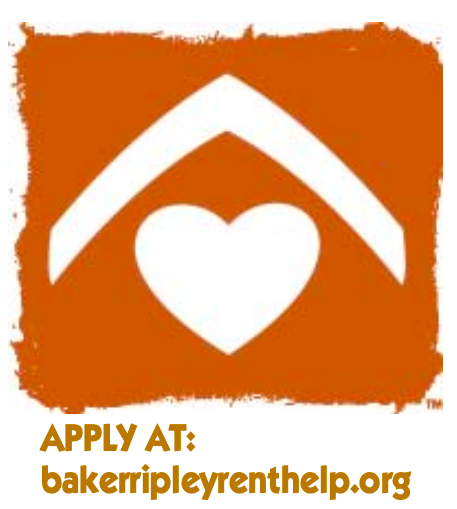 “Our community continues to suffer great economic damage resulting from the COVID-19 pandemic, with many people unable to cover basic necessities, including rent,” said Harris County Judge Lina Hidalgo. “This program will bring relief to those across our region who so desperately need it, allowing families to stay in their homes while addressing the collateral impact on property owners.”

The program will assist applicants with rent and associated expenses for payments and/or late fees occurring after April 1, 2020. Selected applicants will be eligible to receive up to a maximum of $1,200 in assistance. Landlord enrollment will begin on August 17th, with tenant applications opening for a 7-day period beginning August 24th. Applications will be available online at www.harriscountyrenthelp.org, and assistance will be available by phone.

END_OF_DOCUMENT_TOKEN_TO_BE_REPLACED

Houston, TX – August 6, 2020 – As part of the ongoing fight to remediate the San Jacinto River Waste Pits Jackie Young Medcalf of THEA is calling on the Environmental Protection Agency to hold polluters to a higher standard of accountability through ensuring more integrity in the remediation process. On Thursday, August 6 at 10am a press conference was held at Waste Management Headquarters, and it highlighted the recent discovery of how omitted sample data and a skewed site analysis have slanted the outlook towards the site’s remediation and ultimately the disposal of the toxic waste material.

The Waste Pits Superfund Site is the result of dioxin and PCB contaminated paper mill waste that was disposed of along the San Jacinto River in the 1960s. The Waste Pits presented such a great danger to the environment and public health, they were listed for clean-up under the Federal Superfund program in 2008. Recently, the EPA released documents from the responsible parties consultants and our review of the 30,000+ pages of technical reports found that the samples collected for analysis of dioxin disposal classification were almost all collected from areas known to contain no dioxins, and that the consultants requested data be omitted from the lab reports. Joint community, advocate and governmental efforts have made profound progress in protecting aquatic life and public health within the region. However, now there is an overwhelming need for sampling and analysis which address all contaminants of concern and the EPA’s oversight to ensure this process is done with integrity.

What is at Stake?

The longer the waste remains the greater the potential for increased risks of cancer and autoimmune diseases among locals and further contamination to the environment. END_OF_DOCUMENT_TOKEN_TO_BE_REPLACED

GALENA PARK – The Galena Park/Jacinto City Rotary Club held their Installation and Awards ceremony in June, with much of it a virtual style.

However, the club presented the Rotarian of the Year, the most prestigious club award, to Eileen Brightwell, a long-time member. Eileen is a local dentist in Jacinto City, and will be the club’s Public Relations officer in the coming year. She has held many positions for the club over the years.

Prepares move to shipyard for repairs

In 2019, the BTF and TPWD entered a memorandum of understanding/lease (MOU) with TPWD whereby the BTF would operate and maintain the Battleship TEXAS for TPWD and the State of Texas. Under terms of the MOU between these two long standing partners, the operational control is transferred via a 99-year lease to the Foundation.

The Texas has been closed to the public since August of 2019 to allow preparations for her transport to a shipyard for extensive restoration.

Currently, the BTF and TPWD are preparing the ship for transportation to a shipyard where her hull will be replaced from the waterline down and repainted, along with other necessary repairs and improvements. The ship is tentatively scheduled to depart her current berth between November-December 2020 and be in the shipyard for a period of approximately 12 months. Once the battleship leaves the shipyard, we anticipate the ship arriving in the new berth around January-February 2022. Following a period to prepare the ship for reopening, the plan is to have it receiving visitors by 1st Quarter 2022.

END_OF_DOCUMENT_TOKEN_TO_BE_REPLACED

NORTH CHANNEL – The San Jacinto Pilot Club honored Renee Cooper for her 25 years of membership. At their meeting August 11, 2020, Renee was presented with a letter from 2019-2020 Pilot International President Deb Hays, a certificate from Pilot International thanking her for 25 years of service and a 25 year pin. Renee joined the San Jacinto Pilot Club in June of 1995. With her husband, she owns and operates Safeway Signs.

Joanne shared the goals of the Texas District, the focus for this year—autism awareness—and thanked everyone for continuing to serve our community during these difficult times. She shared how all clubs are doing things differently, including fundraisers.

She charged the club and members to continue to “stay the true course” of Pilot and continue to be creative in their approach to service.

END_OF_DOCUMENT_TOKEN_TO_BE_REPLACED

Heading into the 2020 season, East Houston United didn’t want to repeat its heartbreaking 2018 season by losing another championship as they did in 2018. After going undefeated 20-0 into the playoffs, they lost the 2018 championship game to Louisiana in the UBA playoffs.

United took the 2019 season off to evaluate other professional league options. They were impressed with the new National Basketball League – United States (NBL-US). It’s the official feeder league to the NBL-Philipinas and the NBL-Jamaica. By joining the new league the competition would be much better so the team had to improve in order win the championship and a chance to make history.

The NBL-US kicked off its season February 2020, and through 5 weeks, East Houston United was a perfect 5-0 and was on its way to a 2nd undefeated season.

Due to Covid-19, East Houston United did not have a chance to finish the regular season, but held out hope the playoffs would still be played. Five months later, the NBL-US league last weekend opened back up to complete their playoffs.

END_OF_DOCUMENT_TOKEN_TO_BE_REPLACED

HIGHLANDS – The monthly meeting of the San Jacinto River Coalition, and THEA, continue to be held as a virtual meeting on the internet, due to the Pandemic closing all of the available community centers.

Jackie Young Medcalf held the August meeting last Tuesday, and reviewed the significant material that had recently been released by the EPA. This is a series of reports, known as the 30% Remedial Design, numbering about 12 books and 30,000 or more pages.

Her review was from the viewpoint of how the toxic waste will be remediated, how it is characterized for disposal in a landfill, and how it will be safely disposed of and stored for perpetuity.

Jackie also reported that Gary Baumgarten of the Dallas EPA had made a presentation to the CAC, or Community Advisory Council via Zoom, to explain the details of the 30% Remedial Design.

One of the important revelations of the study, is that due to the toxic waste being deeper than originally assumed, much more material will have to be removed, and the project is now projected to take 7 years, instead of the original 2 to 3 years. The new quantity is calculated to be 210,000 cubic yards, 30% more than the original figure of 162,000 c.y.